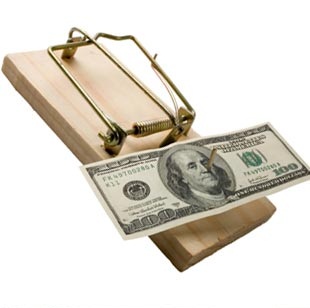 It is a well known fact that the recruiting practices of the military target the lowest economic dregs of our society. Once in the military they are also targeted by banking institutions. Outside of every stateside base there is a check cashing place that will charge the equivalent in interest that one could get from a speak easy loan shark. While serving in the Navy I knew senior NCOs (non-commissioned officers) that were collecting food stamps in order to support their families.

The military industrial complex incentivizes the construction of military families in order to feed reenlistment while in the same stroke ripping these families apart by allowing them to be preyed on by banks and other nonentities. It is being reported today that there are several class action suits that are targeting banks that take advantage of military personnel through fine print. The following video from FOX 5 Atlanta reports on just such practices:

About half way through my enlistment I was required to get something called a Navy Cash card for ship board use issued by Chase. This was not voluntary. By the time I got back from deployment this card had racked up almost $500 in fees through my hometown credit union. Having check cashing places outside of a military base is one thing. But forcing soldiers to deal with a bank such as Chase and putting them in the lions mouth, so to speak, is something else all together. Stop saluting veterans and help protect them.