Home » Uncategorized » OWS Has Been Denied 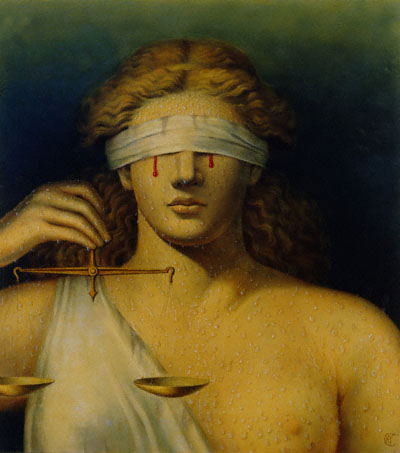 OWS Has Been Denied

Posted by: karololesiak November 15, 2011 in Uncategorized

The courts have ruled against Occupy Wall St. Occupiers are allowed to stay in the park 24 hours a day but they cannot have tents. They can, however, have sleeping bags. And at least for tonight, they can sleep there. After all the miss steps that the NYPD have taken I can’t believe the courts would rule in the city’s favor. There are some huge first amendment issues that couldn’t have been addressed today but the legal team assures OWS that this is not the end. 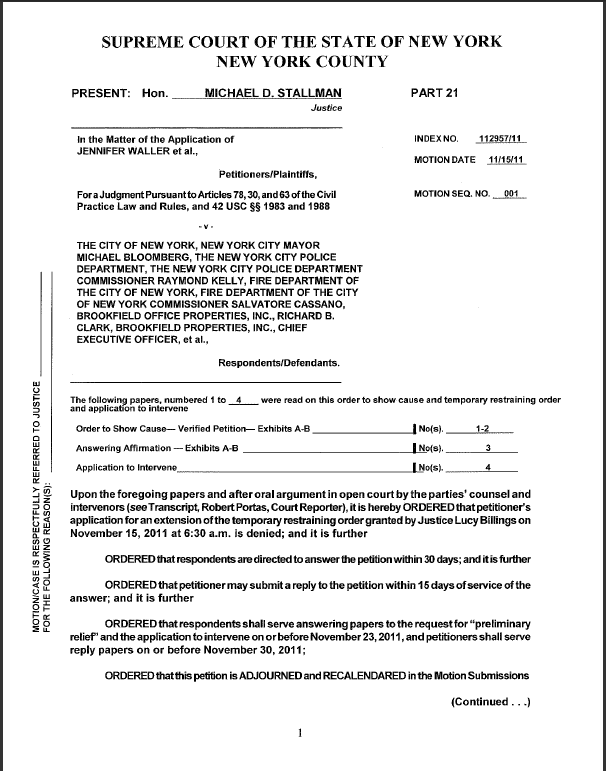 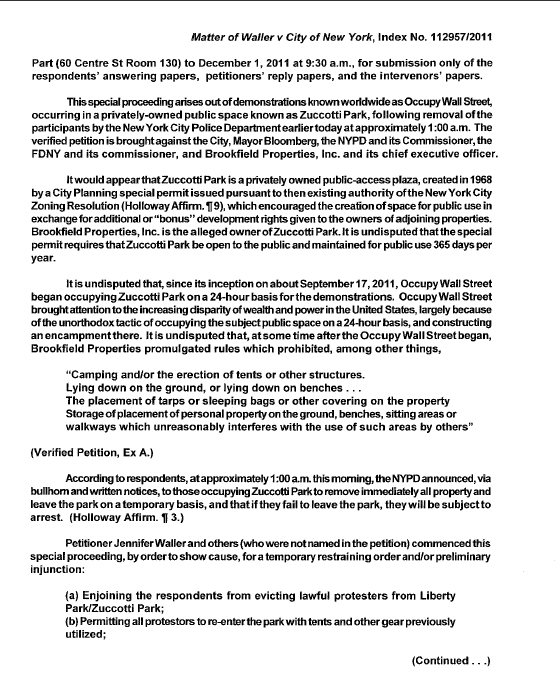 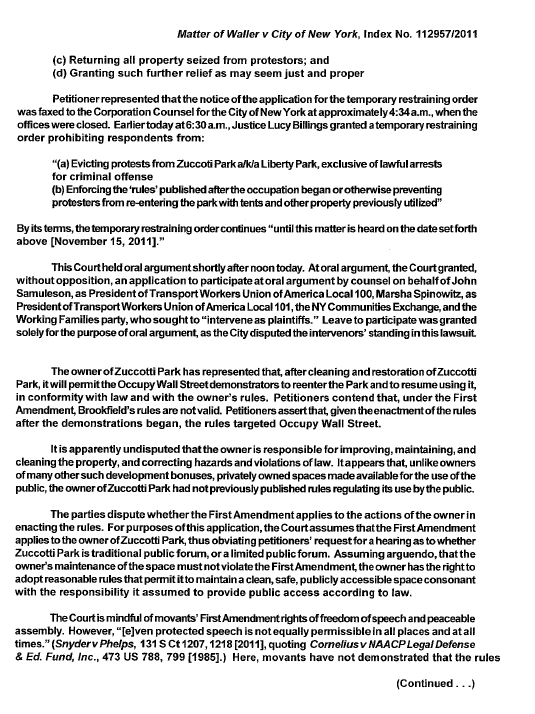 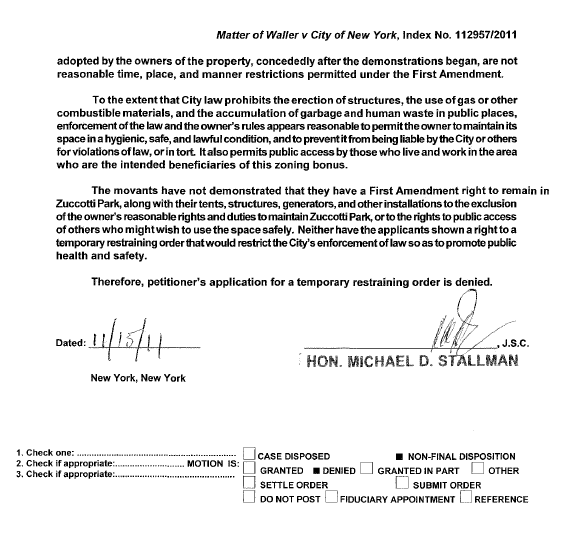 Previous: NYPD in Contempt of Court
Next: Anonymous Calls for Digital Destruction of Bloomberg & NYPD