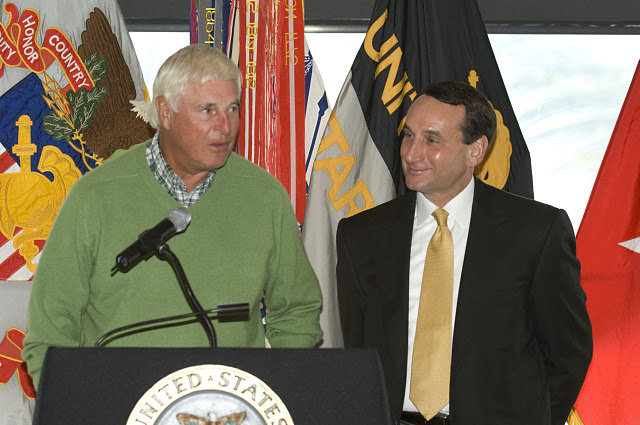 If you are like me, you have received a fair share of tough love in your life. What can I say, sometimes it motivates me more than any amount of kindness could. The following speech was given by Bobby Knight to his players. Bobby Knight, outside of his crude methods, loved his players and most of them loved him. Sometimes in this world people won’t tell you when your fly is open or that you have gunk on your face. Mr. Knight is one of those people that will. Sometimes Bobby Knight’s brand of directness is refreshing. Bobby Knight is an Army veteran who is sometimes referred to as ‘The General.’

Bobby Knight began his coaching career in 1965 at Army where, at 24, he was the youngest-ever Division I coach. His first NCAA title came in 1976 when Indiana went undefeated, a feat no team has done since. He has won three national titles as head coach, all with Indiana.

Bobby Knight is a controversial coach in the NCAA, regardless of any stray opinions, the man’s record speaks for itself. He also coached David Robinson (among others), the Navy veteran basketball great, who played for the San Antonio, Spurs. They called David Robinson ‘The Admiral.’ I have listened to this speech as motivational material consistently over the years (For those days that I can’t find it in myself to continue.) . And it works. There is strong language so if you are offended by profanity please refrain from watching.