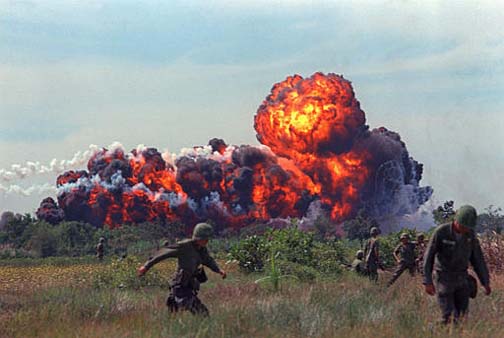 The Legacy of Chemical War II

Doi Moi, the “New Way,” was first discussed in 1985 as Vietnam plunged
head long into an economic down spin. Ten years after central planning was
introduced into the more prosperous and traditionally more independent
southern farmers, the per capita national output had plunged 10% leaving
many without food while inflation soared to 140%.  A fundamental change
had to be made, a change that would ignite a fire under the economy causing
Vietnam to have a face-saving growth rate of 7% from 1996 to 2006, yet at
the same time creating a rip in the society that has left many Vietnamese
in poverty while creating a larger, better educated and more stable middle
class but transferring huge fortunes in the hands of a few.  The gap
between the haves and the haves became larger causing some of the war
veterans to grumble, “this isn’t the Vietnam we fought for.”

When I first returned to Vietnam in 1998 Hanoi was about fifty, fifty
between motorbikes – 125CC being the largest – and bicycles with few
private cars on the road. The exchange rate was 15,000 Vietnam Dong (VND)
to the US dollar and the average worker made about $1 per day.

In 2011 cars, still a small percentage of vehicles, pack the narrow city
streets causing major traffic jams and clouds of pollution and the average
worker makes $3-4 a day. The VND is 20,000 to the US dollar and despite
gasoline costing about $4 a US gallon people want a car. This is especially
expensive where import duty on a new car is about 100?  That nice Ford
you are buy in the US for $30,000 would cost $60,000 in Vietnam.

Last week I watched a man with a dilemma: He had a brand new
gleaming-white Bentley. If he drove the car himself he looked like a
chauffeur. When he stood on the side of the road admiring and polishing his
gleaming treasure he appeared to be waiting for the owner. What is one to
do when one has achieved a life long goal and cannot find a proper way to
be flamboyant? This is especially perplexing because this prize cost twice
the value inside Vietnam. So I must assume he must hire a driver, but then
he looses the joy of driving this elegant vehicle.

Today cycle drivers, one the lowest paid workers in Vietnam, share the
wider and better-paved streets with Bentleys, Porches, BMW and even a few
Rolls-Royces. Many refer, tongue-in-cheek, to the politicos who have
managed to accumulate large sums of money as “Red Capitalist.”

The creation of the New Way signaled the abandonment of the “pure
communist economic form” into a more free and open market form.  This
included the dismantling of collective farming and land distribution while
encouraging foreign investment and creating a more tolerant attitude
towards free expression. State run business became more open and subject to
scrutiny. Still the Vietnamese stated that state-run industry would have a
“commanding heights” in the economic system. The Vietnamese saw the change
as a “market economy with a socialist orientation.”

Today with economic conditions worsening and the inflation hanging around
20%, the state-own companies again are under closer scrutiny with the idea
of reining in investments outside their domain.

For centuries Vietnam had been a closed society with little contact with
the out side world, but with Doi Moi came a world few even knew. This
opening then slowly began to change the social fabric world of “classless”
Vietnam.

In order to be part of the WTO –Vietnam became the 150th member in Nov,
2006 – Vietnam had to join the computer world. An American friend living in
Hanoi in 1995 told me he was one of the first  -17th actually – to go to
THE local computer center and sign in to use the computer. He was put on a
waiting list,  he had to state who he was contacting and then he would
have 15 minutes. Within a few years it seemed Hanoi had a computer/coffee
shop on every corner. Once home computers became more affordable the
majority of the coffees shops disappeared, often replaced by game rooms
filled with teenagers blasting way at an alien enemy, and now many homes
have PCs while university students lug around laptops.

Vietnamese can travel in SE Asia without need of a visa because they
became a member of Association of Southeast Asian Nations (ASEAN) in 1995.
Many Vietnamese study abroad throughout the free world and travel to
western countries is much easier.

This easy and more open access to the world has brought many changes in
Vietnamese society: pierced ears, bleached, spiky hair, modern life style
and questioning by the youth about the future of Vietnam. A soft, quiet
questioning, but a time when some ask if the communist government has moved
to far to the capitalist right while others want more and faster changes
to be instituted thus further breaking down more and more social barriers?

I speak with students about Old Vietnam and new Vietnam. My parents were
part of the Old US because they were born on a dirt-poor-farm in Southeast
Texas, left school around the 8th grade to help with the farming then
moved to the city to find work because as my mother pointed out, “The
Jones’ didn’t have a pot to pee in or a window to throw it out of.” My
parent faced a bleak, backbreaking future of working the cotton fields for
the landowners, known as sharecroppers because they did not own any land,
or moving to the city to find employment. They chose to move to Houston,
Texas 1935. My father took the first job he could fine, they settled in and
raised three kids. Their three children went to university and became part
the 60s generation that changed the USA.

This movement of a rural agrarian society to an urban manufacturing
society is now happening in Vietnam and changing its social, economic and
moral belief system. Poor farmers are coming to the city for employment,
even $3 a day is better than nothing in a rice-farming village. While the
money is important the driving reason seems to be access to a better
education for their children.

Today I see Vietnam much like the USA after WWII: striving to build a
working economy, but unlike the post-war US, Vietnam had to dig itself out
of the rubble of war before even attacking the problems from entering an
international economy. Also I see Vietnam as being similar to the 1960s in
the US, a time when the young people see the world around them changing and
they want to be part of that change. They are leaving Old Vietnam behind
while riding straight ahead into the world of New Vietnam. 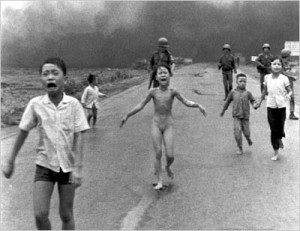 Traditionally a girl married then moved to the husband’s house where she
became a servant to the much-feared mother-in-law or “new mother.” Once she
bears a son her status will raise within the family, but she is still
subservient to her new mother. They will stay within the family until over
many years the eldest daughter-in-law becomes the matriarch then the
much-feared mother-in-law of the family and the cycle continued.

Because many now have more opportunity for higher education, the young
people move away from the villages to the cities to study then work. This
radically changes Vietnam because they will no longer live in the village
so will not be available to take care of their elders as they age. Girls are
going to university in larger and larger numbers. Since they are more able
to support themselves they wait longer before marriage, enjoying those few
years or freedom, and divorce is rising because the young women can afford
support themselves and the children.

In fact, many educated girl tell me they do not want to marry a Vietnamese
man, not because western men may have more money but because the girls have
more freedom and respect within the western style of marriage. Yet, when
this happens marriages can often be very difficult because the men carry
with them an image of a western marriage while the girls are trained to
behave differently in a traditional marriage.

So with Doi Moi came a better standard of living for many and rapid
changes that are stressing the social and family structure The elders want
to maintain the traditional values they have held for thousands of years
while the young people see the new world through the computer and want more
freedom and money, causing stress within the family. My society went
through this radical change in the 1960s as the result of the
Vietnam/American War. Vietnam is going through this change today as the
result of Vietnam/American War.

The Legacy of Chemical War Part I