Home » History » Be Careful How You Invest Your Loyalty 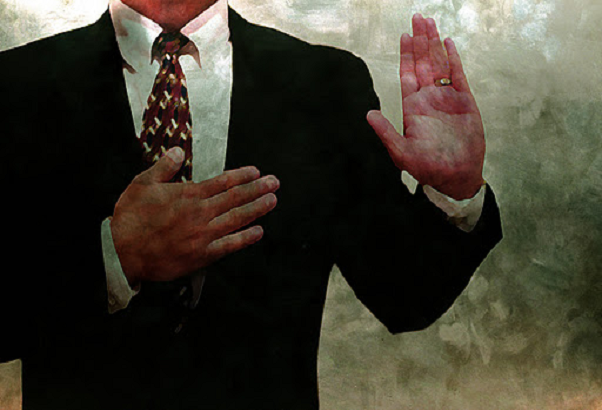 Posted by: patrickgokey January 7, 2012 in History

Almost a decade ago the Chicago Tribune published an article in their newspaper written by Mary Schmich. Her views on corporations ring true even more so today because it shows these issues have not been addressed by our elected officials. Ten years ago, before corporations were people, we had Enron, Tyco, and WorldCom. We now have Bank of America, Fannie Mae, and Goldman Sachs. Executives are still collecting egregious bonuses even if their company is losing money. Though names and places have changed, greed is still here with us in America just as it was ten years ago.

Be Careful How You Invest Your Loyalty
Author: Mary Schmich
Published: June 30, 2002

One of my bosses imparted that wisdom to me years ago, and though it may sound like the sour advice of a man who felt betrayed by his company, it wasn’t. On the contrary. Institutions had always been good to this guy, He was treated as a prince wherever he went. He simply recognized that his success was a function of timing, talent and a few specific people who helped grease his way, not of any kindheartedness by the companies that paid him for his labor.

At the time we had this conversation, I was on the verge of switching jobs and I was feeling guilty. “But this place has been good to me,” I said.

He laughed and assured me that the “place” hadn’t done me and favors and never would.

He wanted me to learn this lesson early on in my career: Do your work well. Be honest. Be fair. Be considerate of your workmates. But don’t expect the company you work for to be your parent, your friend, your protector your stockbroker, your God.

His words have come to mind several times recently, as every few days brings another report of corporate skullduggery that has assaulted the reputation and foundation of important American companies, all the while assaulting the identities and finances of thousands of workers.

Even if the details elude you, you can’t have missed the stories. Of huge accounting fraud. Of insider trading. Of corporate executives clutching their bulging wallets while the workers retirement funds shrivel. And then there are the more mundane troubles, such as Motorola’s announcement that it would cut another 7,000 jobs.

These stories should be cautionary reading for millions of American workers. They’re not a call to cynicism, but they’re a cause to be wary, to take stock of how much of your identity and your money you’ve invested in the institution that employs you.

“This is my family,” an Andersen Accounting employee said recently. “They greet me every morning.” She said this on the night two months ago when she was greeted with the news that she was one of 7,000 dismissed Andersen workers, victims of the scandal draining life from her once venerable firm.

Caution: How quickly a company ceases to be family when business is at stake.

Yet many of us continue to think of the company as family, and companies generally like it that way. We’re encouraged to feel proprietary pride, familial connection, a feeling that’s cultivated in company parties, company awards and annual reports that beam like family photo albums.

And a family feeling is easy to nurture if, as I do, you work for a “good” company–one that pays you respectably, gives you good benefits, decent hours, enough days off—well, never enough days off—and provides colleagues who become your mates in lunch and much of the rest of life.

All over the country in workplaces as varied as barrooms and courtrooms, people go to work not just to work but to trade tales of kids, love, money, diseases, weekends. When your company is filled with your friends, it’s easy to believe that the company is your friend.

We all want to be proud of the work we do and where we work. Both of those are good, as long as we don’t confuse one for the other. You are not your company. The company isn’t you. As disturbing as the recent round of corporate scandals is, it doesn’t hurt to have these brutal reminders that companies, even ethical ones, are loyal primarily to money.”

Photo Credit: Chief Learning Officer
Thanks to Paul Nolan for submitting this article to SFTC.

Previous: Happy Holidays from SFTC
Next: How to Film a Revolution