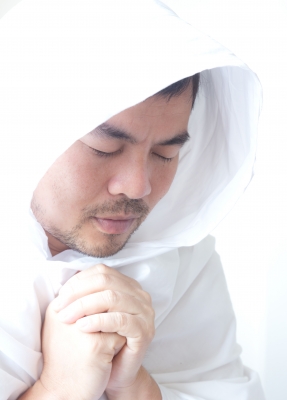 When a person endures a psychological trauma such as kidnapping, a traumatic “act of God,” a violent act or has to commit a violent act, is raped, tortured, or has to go to war a kind of hyper awareness emerges. Soldiers returning from war find themselves unable to cope with constantly reliving events where they failed to save one of their own or times when a slain enemy’s face does not look menacing. PTSD used to be called “shell shock” or battle fatigue. During the Korean War the helicopter came into wide use and many more wounded were taken from the battle field than ever before. This inflated the military’s medical units. This is probably the key driving factor in any medical advancement in this century. Some soldiers that were flown back from the battlefield returned with new immaterial wounds compounded with the loss of limbs and blood, the gain of shrapnel.

It is rare when two of my interests coalesce but being a fan of David Lynch’s work I was delighted when his foundation devoted one million dollars to the research of transcendental meditation for PTSD worn combat Vets. The practice seems to have caught on with skeptical VA clinics across the country. In La Jolla, California “…veterans can be referred to yoga classes, acupuncture, Tai-Chi and meditation and in other parts of the nation, music therapy, energy healing and even sweat lodge sessions…However, a May VA research conference concluded that evidence of the benefit of these therapies on post-traumatic stress disorder possibly the signature wound of the Iraq and Afghanistan wars is still thin.”
http://www.utsandiego.com/news/2012/jan/08/ptsd-try-meditation-and-yoga/

There is a Transcendental Meditation® center here in New York. Russell Simmons also contributes to the brand created by Mahareshi Mahesh Yogi. The Yogi that the Beatles communed with in the famous pictures in the late sixties. A small pilot study was conducted and concluded that TM is effective in curing fifty percent of the symptoms of PTSD in just eight weeks.

“ The study found that Transcendental Meditation produced significant reductions in stress and depression, and marked improvements in relationships and overall quality of life. Furthermore, the authors reported that the technique was easy to perform and was well accepted by the veterans.”

There are always mixed results when trying to gauge the effects of seemingly holistic cures because the the margin between what is genuine affect and what is placebo effect can be often times thin. We owe the veterans of wars whether those wars are legitimate or illegitimate the best care in whatever forms it may come in. Comfort dog programs are also big guns in the war on PTSD. David Lynch’s style of directing might also work some defamiliaritive magic.

Previous: Welcome Back
Next: Who Doesn’t Love Free Music?