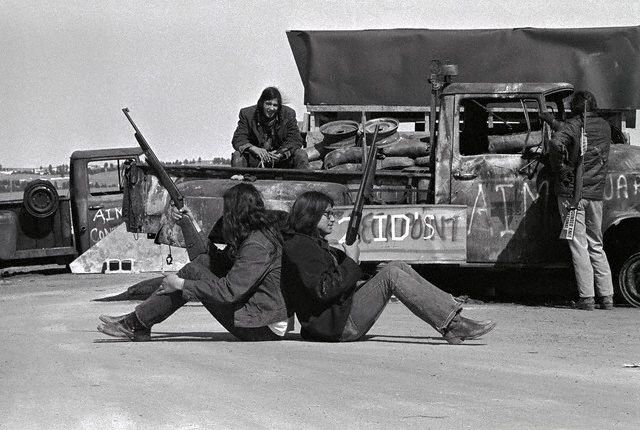 Posted by: karololesiak January 15, 2012 in History

The Aboriginal or indigenous American was the first occupant of this country. As a child my parents did not insult my intelligence. They told me that the pilgrims had stolen the natives land. I dreamed about how to correct this injustice. There are no easy answers. Reservations have serious cross generational problems that don’t have any solutions.

After I finished my enlistment I took a job that had me traveling all over the country talking to kids. I ended up on two reservations the Hopi and the Apache. It saddened me to see the conditions that the descendants of the true founders of our nation live in. These days the problems have evolved and become more complex.

One of the saddest chapters of history is the Massacre at Wounded Knee. “50 men, women, and children of the Lakota Sioux had been killed and 51 wounded (4 men, 47 women and children, some of whom died later); some estimates placed the number of dead at 300.”  When Natives rose up 83 years later it was partly because  the head of the Bureau of Indian Affair was also formerly in charge of internment camps for Japanese Americans during WWII.

In October 1971 the American Indian Movement occupied the Bureau of Indian affairs. They had list of grievances and demanded that treaties be honored. In 1973 the Occupation of Wounded Knee began with a domino effect and for 71 days the aboriginal was the at the center of American history again. Marlin Brando’s acceptance of the academy award was done in his absence by Sacheen Littlefeather, an Apache actress,  and the whole world listened as she pleaded the case of the indigenous people.

Pine Ridge Indian Reservation that was being protested then, is still in question now, conditions have not improved. To get the occupiers out of Wounded Knee the government cut off electricity, water, and food supplies to the reservation. In the end the elders of the Lakota tribe put an end to the stand off but the symbol of that moment when the indigenous stood up has echoed through generations of native activists.

Various Native American groups have gathered in support of the occupy movement. In many ways the Occupy movement galvanized the same spirit of resistance embodied in the American Indian Movement, minus the Waco-style violence.

In December, Building Bridges, a national radio show produced by Ken Nash and Mimi Rosenberg celebrated the 121st anniversary of Wounded knee with a segment about the OWS solidarity with native peoples and causes.  “OWS Stands with Indigenous Americans” contains an impassioned speech by Janice Richards an Oglala Sioux activist and educator. Indigenous activists Firewolf Nelso-Wong (AIM member), Joseph, Christopher Hedges (journalist), and Raymond Two Hawks joined the discussion and educated Occupy Wall Street on just who the first Occupiers were. Their goal is to create a dialogue with OWS about the struggles of the indigenous. The child in me thinks that it is never too late to correct miscarriages of justice.