Home » Occupy » I am a Homeless Veteran 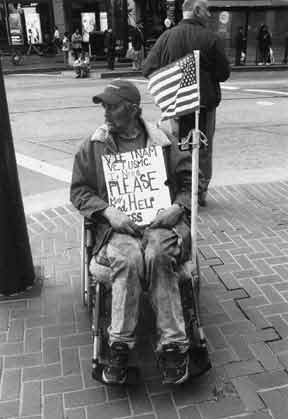 This essay was sent to us by Roger Whitefeather Roberts of Occupy Tampa via facebook and it touched us so much that we found it necessary to feature it here.

I am a homeless veteran.  I first arrived at Occupy Tampa on November 10th, 2011.  At that point in time the Occupation was attempting to officially establish in Curtis Hixon park, a public space close to the financial district.  After a couple of attempts, the occupiers maintained a constant presence on the sidewalk in front of the park.  A lot of effort was expended in disputes with the police, resulting in several arrests and the unveiling of ordinances that essentially put us in the homeless person category, which is why we were allowed to sleep on the sidewalk, but not in the park.

From the beginning, everyone knew the value of having a space available to organize from, and invite the local population in to join in solidarity with our organizing efforts to galvanize the community.  Joe Redner offered his park, Voice of Freedom Park, in the early days of Occupy Tampa, and after much struggle in trying to attain space close to the financial district, the occupiers moved to Voice of Freedom Park on January 1st of this year.  Some considered it to be giving up a foothold that had been established near our target audience: participants of the financial behemoths who are part of the corporate machine that directs our society without the say-so of We The People.  Others embraced the value of having space that we could have a constant presence in, without having to spend effort and resources on minimal law enforcement efforts to push us out.  I consider law enforcement’s efforts minimal because they did not approach heavy-handed as many other occupations have experienced. 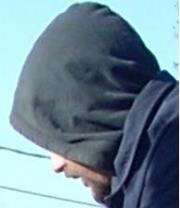 From the beginning of occupying Voice of Freedom park, the challenges have been equally if not slightly more prevalent as they were at Curtis Hixon.

First and foremost, police intervention has been virtually non-existent.  The only Occupy-related interaction with law enforcement was in the first week of our establishing an official camp.  They arrived early on the coldest morning of winter, and told us we were not allowed to have a fire, and promptly extinguished it themselves.  We had already received permission to have a fire from the nearby fire Marshall, and adhered to the requirements around having said fire, being an elevated container with a screen cover to contain any embers.  Two members of OT conferred with the fire Marshall again, and received a written statement allowing the fire, as well as a prompt email to the Tampa Police Department essentially saying we were allowed to have the fire and were not breaking any laws as long as we maintained the requirements for it.

Any other interaction with law enforcement has been for issues pertaining to local problems, such as a stray dog being hit by a vehicle, and being approached with inquiry about a missing 8 year-old child. As our experience with law enforcement has grown at Curtis Hixon, we are prepared to video any close-by police interaction with local citizens, to ensure laws are upheld without excessive force to the citizens of Tampa.  This has already happened on a couple of different occasions.

Other issues have been glaringly prevalent in the daily routine at Occupy Tampa, issues of homelessness and mental health.  The people that bring these issues in from the street are clear and irrefutable symptoms of a sick society, individuals without hope, desperate, who feel the crush of what our society has done to let them down, left behind.  Many of them could fix their situations with a little determination, but considering the almost-insurmountable task of rebuilding one’s life from the ground up, especially at a late age in life, has produced a group of people that we have all only ever seen as a statistic.

I believe that moving from the financial district to this area of Tampa has provided us with a great opportunity to galvanize a community that would be much more receptive and understanding to what Occupy as a whole is about, and maintaining our presence as we have these past two months have given them an idea of what dedicated activism, determined community building, and democracy, looks like.  Many times throughout the days and nights, we are approached by local citizens and given encouragement of the most genuine kind, either in passing with a simple “Keep goin’, we feel your struggle too”, or with people stopping to speak of their life situations and how they relate to our struggle.  More of these people stop to talk with each week that passes, and the reassurance is the fuel we need to keep the fire burning.

After a recent event held at Voice of Freedom Park, in which the members of Occupy Tampa were refocused and reorganized, there are now many projects in the works that will project our message across Tampa, and are intended to educate and inform everyone on the interconnected issues we as a society are subjected to, to or knowledge or not.

As a society, we base our dedication and effort to higher endeavors when there are clear and understandable goals put forth.  Occupy as a whole has been misunderstood as having no clear goals, no clear demands.  This is because the problems in this society are so abundant, so seemingly different in each city, that we have to find what it is in each community that specifically needs to be handled with the intent of positive social change.  Living in Voice of Freedom for just this short amount of time, the local community problems are undeniably obvious, and the deeper issues that are undoubtedly causing or contributing to these problems are what we intend to focus on and change for the better.

We will be here indefinitely, our numbers will grow and shrink, our struggles will be many, and the difficulty will be always present, but this is what activism and organizing is – if it were easy, then all of our problems as a society would have been fixed a long time ago, and we would not have to be out here.  Unfortunately our society looks down on dissent, even though we have the right to do so.  People would rather observe and criticize from a distance, rather than coming out to speak with us directly, to see where they can put their frustrations to use.  But we aren’t mad at them for doing so, we will continue to work as we have, and when they are ready to talk to us directly, we will be there to welcome them in solidarity.