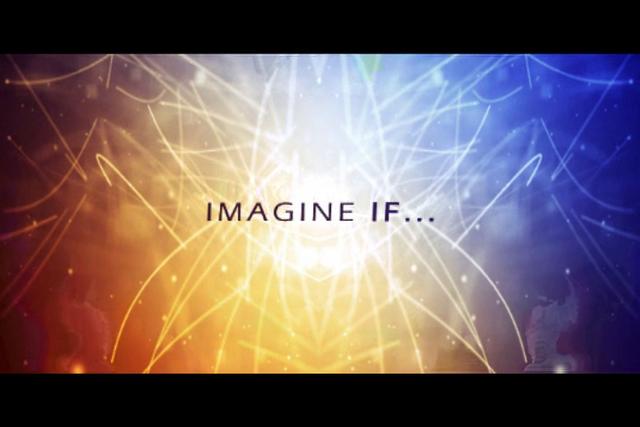 For a few brief moments, let’s suspend what happened in our country after 9/11 and think about how things could have been so completely different if our country had taken a different direction.

Imagine if we had not entered into war with Iraq and Afghanistan how different our country and the world would be today. Imagine if, as a nation, we paused after 9/11 and decided not to retaliate but instead brought the entire issue before the world of nations and sought a solution that did not involve violent retaliation against other people. Imagine the goodwill and gratitude that our country would have garnered as a result of making a commitment to peace rather than violence. Imagine, no endless grieving on the part of the families of 6000 lives lost and no elaborate memorials being erected in memory of them.

Yet this opportunity slipped out from under us. A moment in history that, if pursued differently, would have changed the whole dynamics of our lives not only in this country but throughout the world.

Imagine if we had not spent over a trillion dollars to wage wars thousands of miles from our shores that in no way challenged the security of our country. This money could have been used wisely to satisfy so many of the serious issues that exist in our country and cry out for attention. Imagine if we had more than enough money to administer one of the best educational systems in the world. A system that would fully engage all our teachers as opposed to the current situation of firing teachers and virtually eliminating most of the enrichment programs that past experience tells us can have a profound effect on enriching a child’s overall educational experience. A gift that experience tells us will follow a child for a lifetime. Imagine being able to provide food, clothing and shelter for every homeless person in the United States, which in turn would enable them to start life anew and become, once again, productive citizens. For the record, San Diego County has a homeless population of 9000 people of which approximately 3000 are veterans. Instead of helping the homeless, Congress has recently passed a stand alone Veterans Affairs Budget that will strip away Six Billion Dollars in funding for our veterans.

Look at the deplorable condition of the infrastructure in our county. Roadways and bridges are literally falling down upon us and our government tells us that we don’t have the money to take action to fix them. This is not true. We have the money but we have consistently misused the money.

In other words a disproportionate amount of this countries wealth is being squandered on wars and the military industrial complex resulting in an almost total neglect of the needs and expectations of our country and its citizens.

In spite of the billions spent on war, the young people that must put themselves in harms way are consistently neglected by our government.

Bob Herbert, a columnist for the New York Times said it best:

“I would bring back the draft in a heart beat. Then you wouldn’t have these wars that last a lifetime and you wouldn’t get mind bending tragedies like the death of Sgt. First Class Lance Vogeler, a 29 year old that was killed a few weeks ago while serving in the army in his 12th combat tour. That’s right his 12th tour in Iraq”.

To allow this to happen to even one soldier is unconscionable. Our military saw fit to codify this mistreatment calling it “Stop Loss” and subjected more than just Sgt. First Class Lance Vogeler to this inhumane treatment.

However, I still believe that there are no problems in our country that are unsolvable if enough people get involved.

Imagine if just a small amount of people were totally dedicated to making a profound difference. If as little as 3% to 5% of the American population rose up against the injustices in our country it would have the force of a tidal wave and our government would be forced to listen and make the changes necessary to bring back some sanity in the governing of our country.

Jack is an Army combat veteran from the Korean War. He served in Korea in 1953 with the 7th Regiment, 3rd. Infantry Division. He retired from the Hewlett Packard Company in 1991. After retirement, Jack owned and operated a management consultant business. He’s presently Vice President of the Veterans for Peace (VFP) San Diego Chapter. The VFP pledges to use non violent means to achieve peace.
Previous: Collateral Damage
Next: It’s Not So Pretty in Emerald City