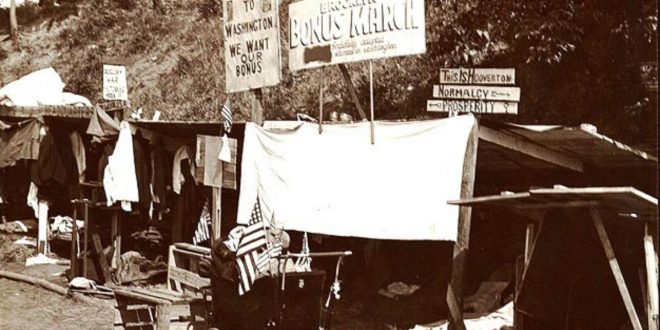 There is a very real fear leaving the military after an introductory enlistment even if you no longer believe in the war you are fighting. What kind of veteran I would become after my enlistment was a quandary to me. Our society offers a limited amount of roles to play for veterans. The disgruntled veteran meme has always been there. I use the Veteran’s Healthcare Systems for a full service-connected disability which assures that this is what I become.

There are only two kinds of veterans: short-timers and retirees long-timers. I am a short-timer. Short-timers are the group that either gets fewer services and sometimes not at all. Retirees long-timers often times get jobs at the Veterans Affairs (VA) and know how to navigate the VA system. This is not always true but to engage with the myth of the disgruntled vet it is necessary to generalize. Retirees long-timers are generally apologists for the VA system. There is already a welfare shaming ethos in this culture and the military has vigilance to malingering built into its foundations. To top it all off, the same class system of the military is perpetuated at the VA because officers, after retirement, get high positions at the VA.

I have always felt profiled at the VA, as a drug seeker, as a malingerer, as aggressive, as ungrateful, as not enough of a soldier, as a complainer. Ever since I started using the Manhattan VA and through to where I am now in San Francisco my experience at the VA has been substandard and I have observed institutional waste. In New York, I was going to school on the Post 9/11 G.I. Bill at The New School and I were having the opening symptoms for what we later be diagnosed as multiple sclerosis.

The general practitioner attending to me was friendly and in her early 30s. We got on the subject of a pharmacist who had overridden a doctor’s prescription for pain meds I was prescribed. And I asked her how this could happen. She replied: “…you don’t know what kind of people come in here.” The statement was an allusion to the many homeless veterans who use the VA in that area. This was also the beginning of the opioid epidemic in 2013. She was talking about those kinds of veterans too. How could I possibly believe that I wasn’t being profiled too? On the elevator and there was a man muttering to himself “…that’s what they said to Noah before the flood came.“ I wondered if I was going to become this man. When I moved to Detroit after college when I was first starting to show more signs of MS I went to the emergency room in there I felt very profiled. People who have MS are oftentimes mistaken for being intoxicated. And I was immediately profiled as a drug-seeking-veteran.

There were a lot of VA employees that I talk to during that time they told me that the biggest problem at the VA was drug-seeking-veterans. This moniker was used often and I thought was very damaging to the veteran. What I have encountered since the Obama administration is conservative federal employees who insinuate that veterans use the VA as a ‘cash cow.’ I feel this attitude is common: that veterans shouldn’t complain because they are getting something for free. When I was first getting out of the Navy in San Diego, and using the Balboa VA hospital facilities the VA crusade was that the biggest problem was the fact that veterans did not show up for appointments. I think the quixotic aspect of the VA’s Crusades is that they are always focusing on veteran shortcomings, and using that as a basis for building infrastructure. The truth of the matter is that veterans are disproportionately at the lower rung of the socioeconomic scale. Disproportionately imprisoned. Disproportionately homeless. And the biggest problem at the VA has always had has been veterans not using the system. Many are influenced by the ethos of perceived welfare shaming.  All the money spent on infrastructure could be used to help veterans, not building new hospitals and not hiring people to help veterans

Robert Wilkie, secretary of under G.W. Bush, said something that inspired me to champion the right of veterans. Upon the expansion of PTSD criteria to include those that served on ships, they were inflicted with secondary PTSD or drove ambulances. A journalist asked if he was afraid that people would take advantage of the system. He replied: ‘People are always going to take advantage, that does not obscure the good that this will do.’ Years later, people in the veteran community expressed disdain for this expansion. But that is another infused crusade: cracking down on fraud. The idea that there are cheaters around every corner waiting to steal benefits from the taxpayer is so coded with restricting veterans from their benefits. Especially short-timers.

Much of the response I get from VA employees is that veterans who are disgruntled are confusing veterans employees with the institution but I think the confusion might be by VA employees. Compartmentalizing yourself outside of the VA while enjoying the great vacation time and generous pay/benefits is very convenient but how can this ever be true. The amount of benefits provided to government employees essentially makes VA employees millionaires. This does not even include licensed professionals. Veterans are not taking advantage of the VA system. They have been taken advantage of.

Compensation and Pension (C&P) is the most ineffective part of the Veterans Administration but as someone who attends digital town halls staged by both VAMC and C&P/VRE, it would seem that it is the most successful. The barrage of statistics with no feedback from veterans is uncanny and an obvious ruse. It is my observation with VRE that they heavily deny veteran benefits under regional direction to juke their numbers. The lack of uniformity between VA facilities across the country creates a regional inequality of how veterans are served.

I am not suggesting of getting rid of the too big to fail institution. Even though, I am probably already “red flagged” as a “difficult” veteran. First, veterans need input into the evaluations of everyone they deal with in the VA. Second, the process of appointing regional heads has to reflect the majority of short-timers who use the VA. Third, anyone who suggests that veterans are the problem at the VA should be disciplined and educated immediately.

note: I decided to change the word retiree to long-timer for the purposes of clarity.

Previous: Alcatraz Indigenous Unthanksgiving
Next: Prison Abolition in the Age of Coronavirus