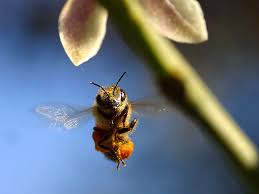 Posted by: karololesiak April 17, 2020 in Uncategorized

When I was a young boy of 5, or so, my mother would mull water with marmalade preserves. In my native tongue, it was called compot. The preserves were added to boiled water and mixed in with a large wooden ladle and the mixture was left to cool on a counter somewhere out of my brothers and my reach.

On one particular day, my mother had left the container on the kitchen table. My brother had gone for it first, but he had not reached adequate height just yet. As I clasped my fingers around the container it felt lukewarm and even though it had not reached a temperature that was ideal I had already tasted the sweetness with my fingers. I raised the mixture to my lips and began to siphon, foregoing any sort of glass or drinking apparatus. The lush sweetness of the drink overwhelmed me to the point of loosening my grip on the container, and as I watched it shatter on the linoleum floor a pain was spreading through my lower lip into the skin surrounding.

As I tearfully surveyed the deck magnified underneath a shard from the incident preceding was the yellow and black-clad casualty. The bee had in turn been my comrade in gluttony. His body had appeared far too small to be the cause of my ever-increasing and numbing pain. What I knew now to be bee sting had permeated through my mouth and made the taste of the nectar languid.

Within minutes my lower lip had swollen three times over with the bee’s toxin. He had given up his life, not out of necessity but out of pure instinct. His body was merely a weapon in the collective consciousness of his hive unless he was a loner. It has never been proven by any scientific fact, nor could it be, but I’ve often wondered that because insects, in general, have very little capacity for much thought outside the realm of the instinctual do they, in fact, share a consciousness. Because of the sheer number of insects, outnumbering human beings by 1.6 billion to one, they have always made me nervous. It’s not just their sheer size in numbers but the ability for certain rare kinds to organize themselves into a collective body made up of individual mechanisms. The truth is most bees are solitary as opposed to the eusocial phenomenon that baffled Darwin. In The Origin of Species Darwin presented the bee’s social behavior as a challenge to the theory of natural selection because the worker bees were not able to transmit their genes (Engle, 2006). In 1964 William Hamilton suggested that their genes survived because of his theory of “inclusive fitness,” (Richards, 1995) meaning, that because they were a part of the general gene pool, their traits were being transmitted as well. Since, for instance, I shared 50% of my genes with my brother and decided not to have children and care for his children instead my genes were still being passed on.

Eusociality is a phenomenon in Bees and Ants as well as other creatures where the social group endeavors to collectively care for a communal brood. This system of reproductive specialization generally includes the breeding of a specialized sterile caste that cares for the young. In order to share this qualification, the group must also have mothers and daughters. The mother is the queen. And the daughters are the workers.

Another qualification is that the offspring have to live in at least a portion of the lives of the adults. Eusociality, namely in bees, is divided into two subcategories. The first is primitive eusocial which is far more prevalent. The advanced or highly eusocial include only a few species of bees (Richards, 1995). The marvel of socialization in the animal and insect kingdoms implies that social evolution is in fact linked to general evolution. “Advanced eusocial behavior is not in its nascent stages in the bees but presently is a rudiment of what it once was and seems to have been unimportant in the greater diversification of bees (Richards, 1995).”

When my mother raced into the kitchen undoubtedly hearing my banshee cries from the other room. She, first, framed my face with her thumb and forefinger to access the origins of my pain, and then, yelled at me for my stupidity. It is evident to me now that my mother’s social instincts were just as sharp as the instincts of that bee’s stinger. She ran to the aid of her young. She chastised her young in order to socialize. The morphological caste kingdoms of bees and ants are also matriarchal in much the same way that our socialization must have begun. Our social evolution has grown far beyond that of insects and a couple of other mammals the complexities of our specializations have reached indescribable reach.

There are similarities between the caste systems occurring naturally in the kingdoms of bees and that of primitive humans. As well as, some existing caste systems in the world today. Although, I am sure that these standards of “queens,” “workers,” and “drones” are merely ways that man has chosen to personify the insect kingdom. A system that when viewed from a point of view that hasn’t experienced human government might view it far more communally.

There is no preordained caste structure in the honey bee. They become what they eat. The eggs when laid are equipotent. They have no distinctions of being a queen or worker. Their diet from that point on determines their place in the hive. Eggs that are to become workers are placed in the general comb where they are fed a carbohydrate-rich mixture of nectar and pollen. If they are destined for the crown they are placed in a special roomier comb where they are fed royal jelly which is glandular by-product of the workers (Engle, 2001).

In much the same way we are socialized at birth into our particular caste or class system. Children are either brought into wealth, poverty or the in-between but the middle class is a far newer class distinction and not existent in all cultures. In the zenith of the enlightenment, the ruling class believed that class and ruling distinctions were somehow innate. They believed that an enlightened ruling class was created by God and therefore their power was divinely appointed by god. They never considered how different their lives would have been had they been displaced into another situation, fed different foods, endured different stigmas, were nurtured by different parents. In a sense, we are as well what we eat much like that of the honey bee. Socialization happens subtly and from birth. Over time we become queens or workers because of our subjective environments.

Bees do not have cultures like that of humanity but their social structures do bear a striking resemblance to ours. The oldest bee fossil found encased in amber was dated back 100 million years. This supports the evolutionary theory that bees like ants are simply a more specialized wasp. This also means that originally they were all predators of other insects. The evolutionary transition from prey to pollen most likely occurred upon ingesting pollen covered insects and feeding the same pollen derivative to the larvae. This is further supported by examples of pollen wasps and social wasps.

Insects and plants have unequaled importance to the ecosystems that allow life to further prosper on this planet. The importance of pollinators in agriculture has made beekeeping a migratory profession in many countries so that pollination can occur in the appropriate season and region. All the hustle and bustle on the planet that is human in origin may have a purpose as well. The aborigines were custodians of their environment much like the bees. They periodically spread brush fires to rejuvenate the ecosystem.

However, I’m sure, that the true effects of our impact on our surroundings will never be apparent to us. We’ll never reach the importance of bees to the ecosystem but bees don’t pollinate because they know that they want to help agriculturists or the ecosystem. They do it because it is intrinsically handcuffed to survival. Survival is why my mother rushed into the kitchen frenzied. Familial survival can almost be interchanged into the underlining of any human longing or emotion.

The caste systems of eusocial bees are metamorphic and not genetic. Scientists are exploring the genetic implications of socialization in honey bees. If there is a link then it means that we might as well be socialized at least in part genetically. In the Aronofsky film Pie, a mathematician explores the link between the Fibonacci sequence and the interworkings of everything that humans create. The mathematician endeavors to prove through his craft that our cities and all the fruits of the collective human effort are an extension of nature. Almost everything we create is in actuality a hybrid recreation of natural phenomena, biomimicry. The next logical step in the computer age is to create organic circuitry because the nervous system and the brain are by far the fastest processors of information. We as a society emulate nature through technological advances because it is the closest thing in our experience to perfection and perhaps we can compensate for our shortcomings through craft.

Previous: Prison Abolition in the Age of Coronavirus
Next: Tucker Carlson is Basic