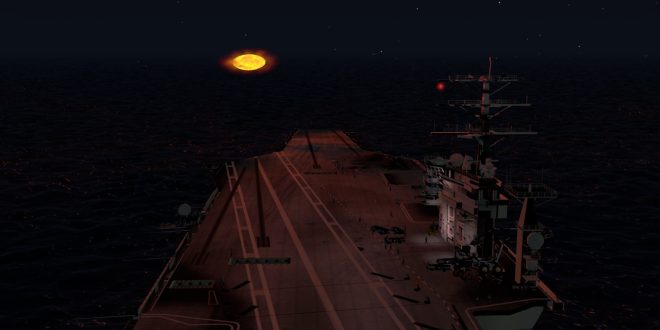 Posted by: karololesiak October 26, 2021 in National

This article is a departure from our usual content. Most of the founders of #SFTC were the original crew members of the USS Ronald Reagan CVN 76. I was a plank owner meaning I was in the shipyard while my least favorite president’s namesake was constructed. There was a strike that delayed construction. After she was commissioned we did all kinds of work ups including degaussing which is the plot device in the Philadelphia Experiment. The Philadelphia Experiment is a debunked WW I conspiracy theory used by Jacque Vallee, astronomer and theorist, to illustrate how conspiracies are created. In 2004 2003 we were doing hurricane avoidance around the Bermuda Triangle when the entire top-side part of the carrier had an encounter with an unidentified aerial phenomenon UAP (UFO).

Due to the Navy’s UAP disclosure of it’s own confounding of various UAP encounters coming out dubiously during a pandemic Many of my shipmates have wanted me to write about this sooner but I just didn’t see the good in making myself ridiculous. What we saw looks nothing like the things being recorded by pilots on gun cameras — not to speak to the authenticity. Government disclosure didn’t really disclose anything. At least some of the pilots that were on the bridge where I stood Quartermaster of the Watch seemed to have experienced this before. I spoke to the Assistant Conning Officer Wardell Coward as the pandemic began. He was there in 2004 2003 and spoke of the ambivalence of the other officers.

“I wouldn’t say that it changed my worldview but confirmed what I was thinking all along… That we aren’t alone. Just because we can’t see, hear or communicate with a being outside of Earth, it doesn’t mean that other life forms aren’t out there. We are just a small spectrum of what really exist throughout the cosmic universe”

I saw an orange orb as big as a jet fighter keeping speed with us flawlessly as if it wasn’t moving at all. It was there for the entirety of my watch which was four hours. My Focus was the social experiment of how people were reacting. My testimony has always been that different sailors seem to be seeing different things. I wasn’t freaking out because the Officer of the Deck wasn’t freaking out. Why general quarters wasn’t called I don’t know. The calm on the bridge was uncanny. It seemed to me if someone was enlisted or an officer change what they saw or how they reacted to it. Jacques Vallee says that we cannot trust what we experience with our senses but rather we should focus on how the experience makes us feel. Karl Jung Believed that UFOs were a mass-hallucination caused by psycho-social trauma. It is impossible to hallucinate something you haven’t seen  before. There is one thing I hear over and over again ‘I know I have never seen that before or since’

Patrick Gokey another founder here and a look out that was also on the forward flight deck gave me this quote:

“Yep basically we were doing flight ops. I see an orange glowing sphere that hovered a couple hundred feet over the bow. It sat there for 30-60 seconds, then did a few half circles like \_/ \_/ \_/  and took off, it was super fast, gone in the blink of an eye. Then 30 or 60 minutes later we had rotated watch stations and I was on the fantail. Same thing with the orange sphere except it was behind the ship now and a bit lower it seemed. It did the same half circles just before it took off and that was all I saw.

Derrick Smith was on look-out on starboard forward watch. We all agree about the color, the gaseous nature, and size, however, the duration of the incident is disputed.

“When you’re on starboard forward you have 70% of the flight deck…we looked down at the flight deck and all the people on the flight deck were looking up at something…I couldn’t recognize it so I looked at it through the big eyes…it was a sideways orange oval and it wasn’t solid…once it disappeared someone on the fantail reported it on the sound powered phones…once we rotated the Assistant Conning Officer said: when I was a kid I saw a UFO and my mom told me not to tell anyone”

Derrick laughed uneasily. When I interviewed him it had been 15 years since the incident. He confessed that he was a UFO enthusiast from childhood. So was I, I stared at the skies before and after the incident after my watches. The incident didn’t satisfy the curiosity I had carried with me.

If the question is reduced to who is a believer and who is not rather than what kind of technology our friends from wherever are going to bring us then we have to explore our wiring to believe. I remember having this conversation with people who trained me: who was smarter, the pilot who flies the plane with degrees in physics, or the mechanic who knows how to fix the jet fighter. I had done some college before I went in and had been exposed to Multiple Intelligence Theory, it was possible to me that the pilot and the mechanic existed in a spectrum. A question more suited to our encounter would be is any of the training provided ample to interpret such an experience. Both Patrick and and Derrick were well trained look outs they knew how to identify any kind of craft and from all accounts the insinuation that these are crafts seems like techno-fetishism to me. Surely the kind of edification someone receives is effecting how they interpret what they see. To a pilot everything is a craft.

Maybe the reason our incident isn’t in the government so-called disclosure because it was too meta and by making this phenomena seem more material they can sound material alarms. Or this was all disclosed strategically to quell social unrest caused by the pandemic. Coming back to this incident 15 years later I think it speaks more to the nature of reality than alien life visiting to bring us gifts. Nick Bostrom’s assertion that we might be living in a simulated universe holds  more credence when you experience something like this. Otherworldliness is just a feeling after all and we are due for a Copernican Revolution. These experiences propelled Patrick and I to participate in Occupy Wall Street. We care more about social justice than alien life. Most of the space program has done nothing other than weaponizing space. People have been delegitimizing UAPs by taking bad photographs. Taking pictures of things in the sky is a waste of time unless you have the set up. The fact that we accept photographic evidence as assurance might be another problem. Or that our first instinct in such an encounter is to record somehow. As if that will make it more real. At this stage, the exploration of this feeling of otherworldliness that people get just by seeing the way that the phenomenon moves might warrant study.