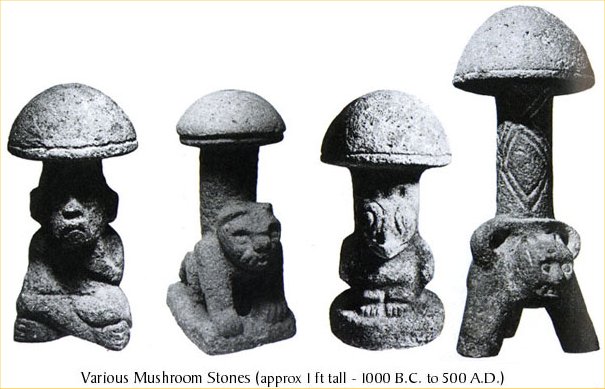 Our publication is late to the party on this subject. There was a groundbreaking study conducted for the first time at Veterans Affairs last year and many veterans organizations are advocating for hallucinogenic mushrooms as a PTSD cure. Notice I didn’t say therapy because the research is showing repair on damaged neurons is possible. What I can offer here is my personal experience as an amateur mycologist (and even that is a stretch) and someone who has been intermittently self medicating with psilocybin for almost 2 years.

I hate tripping so I was obviously in a desperate place to try it. After I got over Delta I felt pretty traumatized and was disappointed that I had run out of magic mushrooms that I gathered. I had to wait for the season to return before I gathered more. Mushrooms have been decriminalized across the bay in Oakland but my interest in mushrooms predicated my viewing microdosing as an option. I have gathered mushrooms all over the world. It is a way that I get to know an area

A small dose seems to make tasks more solvable. No one should be operating any heavy machinery even on a microdose. I took a spill on my escooter while learning that lesson. You cannot watch horror movies or the news – you have to seek out positivity. As a matter of practice this is life changing. I’ve realized that a lot of the positive effects have to do with creating new positive memories to replace old negative ones. The first time I took a macrodose I stared at a field of yellow bermuda buttercup flowers and the memory of that color is something I carried with me for weeks. The new memories replace the emptiness associated with grief and trauma. In microdose form one can be still pretty functional within limits. It can also increase empathy and ease uncomfortable social situations in microdose form.

To say that it has improved my life would be an understatement. When it was time to stop I just intuitively stopped. The only downside is that it makes my hands cold and I have multiple sclerosis which means it is hard to regulate my body temperature. It has to be paired with positive activities. This means either turning off PG-13 and above media or at least changing consumption patterns. Spending time outside immersed in mushrooms can be a welcome change even a solitary activity.

There is also a deadly look-a-like for wavy cap psychedelic mushrooms pictured above called gallerina margarita. But psilocybin is fairly easy to identify every year I have seen middle-aged hippies in Golden Gate Park searching the piny grass. Dosage isn’t hard to figure out, then again, I’m from an experimenting generation. I usually tear off a piece of the cap or a stem after I eat breakfast.

The sustained good feeling keeps the negative self talk at bay. Hallucinogenic drugs seem to change the resolution of ones perception of light. It’s almost like wearing a pair of blue blocker sunglasses. Rose colored goggles are a pejorative but we have reached the era where some of us have become conspicuously addicted to negativity. It can be like a combat soldier coming home traumatized yet playing violent video games and watching violent movies. Mushrooms won’t let you do that, they are too reflective, at least for me. It’s an odd sensation because our culture is so oriented around negativity. Studies are showing that this is how we can rewire ourselves. More importantly I can testify to the construction of new memories and a sense of hope where there was previously none.

I am weary of the pharmaceutical industry putting it’s greedy claws into the market. A company called Compass attained a U.S. patent on psilocybin even though it had been synthesized by Albert Hoffman, inventor of LSD, a century ago. Ketamine and MDMA are also being considered ways to regenerate neuronal networks on the tail end of research showing that neuronal damage isn’t as permanent as once thought. I can attest to this measuring it against the help I’ve gotten from the health care profession. When I was first diagnosed I thought I was in the process of degenerating when I started taking psilocybin I saw hope and started to challenge myself again. I was losing my voice before that. As much as doctors say they want to empower you there is already a gross imbalance of power that cannot be glossed over with words. They just kept giving me drugs to make me more manageable. But as my relationships dissolved around me I noticed that the people claiming to want to help me had what I would call a fetish for completion. And when the lazy solution they tried didn’t work they would blame the patient. Psilocybin is something that you have to do yourself not as a recreational party but as an act of volition to fix oneself.

Previous: Reckoning of the Hacker Martyr
Next: #SFTC Statement on Ukrainian Crisis