Oliver Stone is a paragon of film activism. Former Marine radicalized by The JFK assassination. Stone won his first academy award in 1978 and since then he’s been a leader in films showing the horrors of war and the corruptions of power. His most recent film has received the acclaim of being taken down from YouTube. While he is left, ... END_OF_DOCUMENT_TOKEN_TO_BE_REPLACED 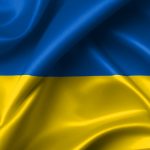 We here at #SFTC decry war in any form and therefore in response to the Russian Federation invasion of the Ukraine we urge President Zelenski to surrender and step down. National sovereignty is not worth nuclear attack from a security council member. Molotov cocktails will not protect anyone and this is not a movie about the Alamo. We also urge ... END_OF_DOCUMENT_TOKEN_TO_BE_REPLACED