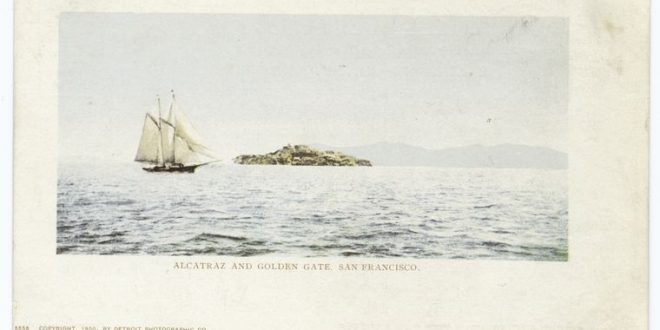 Posted by: karololesiak November 28, 2019 in Uncategorized

Teen Vogue is covering the 50th anniversary of the Indigenous Occupation of Alcatraz where in 1969 when the American Indian Movement (AIM) and Third World Liberation Front occupied the island monument to prisons. Ray Levy-Uyeda writes a comprehensive piece about the history and meaning of the Sunrise Ceremony.

“Morning Star Gali, of the Pit River Tribe in California, has been organizing the gathering with the IITC for the past 11 years. Gali was raised attending the ceremony and now brings her own children to the island. There was a time when Native people were banned from practicing a Sunrise Ceremony, Gali explained, and the gathering on Alcatraz is a testament to unconquerable Native resistance and collective power.” Teen Vogue

Indigenous rights movements have been powerfully connected with environmental activism as of late. The Dakota Access Pipeline resistance activated a diverse community of activists in support of the disproportionally effect Standing Rock Reservation. This is a far cry (no pun intended) from the crying Indian campaign of the first Earth Day fame (1971).

The second duplicity was that KAB was composed of leading beverage and packaging corporations. https://www.zocalopublicsquare.org

A friend of mine who is a forger said something that I found poignant: ‘the biggest crime of displacing and exterminating the indigenous peoples of this continent is that we lost a thousand years of food knowledge.’ Australian Aboriginals knew enough about their surroundings to be able to feed themselves daily by taking a walk.

The crying Indian came only two years after the Occupation of Alcatraz. I like the redefinition of Thanksgiving as an environmental holiday the same way that a prison like Alcatraz represents liberation to the two hundred or so people who gathered at Alcatraz early on Thanksgiving Day.