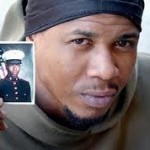 They sleep under bridges and hide in vacant door ways We once armed them and told them to: Defend Us. Once home they became: Homeless and Defenseless Our Government’s Response: We’re waging new wars And you’re no longer needed. You can make our day by moving out of our way. Why Have a Homeless Veterans Work Group? The homeless situation ... END_OF_DOCUMENT_TOKEN_TO_BE_REPLACED 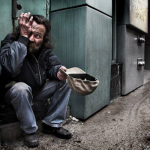 Emerald City, to the casual observer, projects nothing but grace and splendor but hiding around the corners are unwelcome offenders. They sleep under overpasses and hide in doorways. They’re always on the move, not because they want to, but because they’re told to. Homeless veterans are the hardest to witness. We armed them and commanded them to Defend Us Upon ... END_OF_DOCUMENT_TOKEN_TO_BE_REPLACED 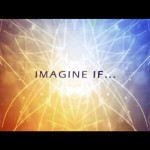 For a few brief moments, let’s suspend what happened in our country after 9/11 and think about how things could have been so completely different if our country had taken a different direction. magine if we had not entered into war with Iraq and Afghanistan how different our country and the world would be today. Imagine if, as a nation, ... END_OF_DOCUMENT_TOKEN_TO_BE_REPLACED 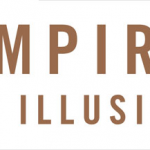 In his book “Empire of the Illusion”, Christopher Hedges clearly and convincingly, makes a strong argument that American citizens now live in a society that consistently works at dumbing down America. He illustrates his point by the following statement: “This culture of illusion thrives by robbing us of the intellectual and linguistic tools to separate illusion from truth. It reduces ... END_OF_DOCUMENT_TOKEN_TO_BE_REPLACED 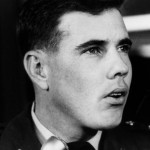 I would venture to say that most Americans have never heard of Hugh Thompson, but on March 16th, 1968 he put his life and his reputation on the line in order to save some innocent civilians from the ravages of war. The whole event has been shoved into the dustbin of history. It’s like it never happened. Our government and ... END_OF_DOCUMENT_TOKEN_TO_BE_REPLACED 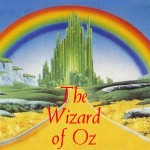 Every time I pick up friends or relatives at the San Diego Airport I enjoy watching their reactions as they see, for the first time, the San Diego skyline. They are particularly impressed with the breathtaking views at night. The bright lights shine like beacons; especially the Emerald Shapely Building with its slanted rooftop architecture and its emerald green sparkling ... END_OF_DOCUMENT_TOKEN_TO_BE_REPLACED 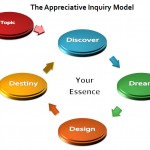 I just looked up the word “appreciate” in one of my old dictionaries and found one of the definitions to be: Increase in value. I like that definition. Appreciative Inquiry is a tool used in business today to cause people to look at themselves and business situations in a positive way. Too often in business we ask ourselves the question ... END_OF_DOCUMENT_TOKEN_TO_BE_REPLACED 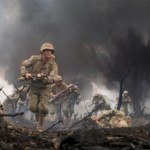 I was saddened when I recently read in the San Diego Union Tribune the following headline: US Soldier Kills 16 Afghan Civilians. Isn’t it ironic that a few days ago (March 16th) marked the 44th anniversary of the My Lai massacre? On that infamous day, a group of American soldiers systematically killed 500 innocent, Vietnamese women, children and infants in ... END_OF_DOCUMENT_TOKEN_TO_BE_REPLACED 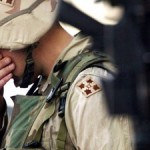 Ester Contreras is an attractive young lady who was married to the late Cpl. Leonardo Contreras. In the year 2008 they were living on base at Camp Pendleton and were blessed with the recent arrival of a baby girl. Leonardo was, by nature, an outgoing, amiable young man and had a positive outlook on life.  However, after two tours in ... END_OF_DOCUMENT_TOKEN_TO_BE_REPLACED 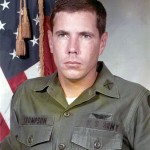 The story I am about to share with you took place in Vietnam over 43 years ago. I would venture to say that most Americans have never heard of Hugh Thompson but on March 16th 1968 he put his life and his reputation on the line in order to save some innocent civilians from the ravages of war. The whole ... END_OF_DOCUMENT_TOKEN_TO_BE_REPLACED