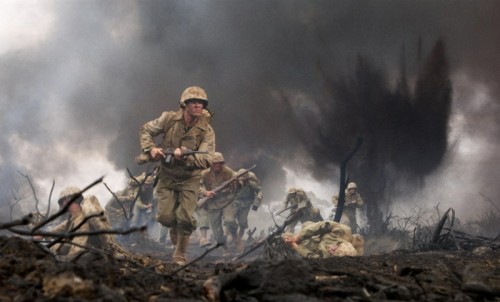 I was saddened when I recently read in the San Diego Union Tribune the following headline: US Soldier Kills 16 Afghan Civilians.

Isn’t it ironic that a few days ago (March 16th) marked the 44th anniversary of the My Lai massacre? On that infamous day, a group of American soldiers systematically killed 500 innocent, Vietnamese women, children and infants in the tiny village of My Lai.

Secretary of Defense Leon Panetta is currently in Afghanistan and has denounced the killings in Kandahar and vows in his words, “to bring this killer to justice”. Mr. Panetta plans to deliver this message to President Hamid Karzai and other top Afghan officials.

In all due respect Mr. Panetta, just in case you forgot, his name is Staff Sergeant Robert Bales. Sgt Bales was physically wounded two times and served 3 deployments in Iraq and one deployment in Afghanistan. But Mr. Panetta you already know all this because the Pentagon policy, over which you preside, is to repeatedly send these brave men back into harms way. Sgt Bales did not want to go back a fourth time but he had no choice.

Sgt. Bales emotionally snapped and the consequences of his actions will directly impact hundreds of Afghan family members and friends in a most horrific way. Sgt. Bale’s wife and children will suffer for the rest of their lives and will be haunted by what he did.

You may argue that the following thought is strange or convoluted but I do believe that Sgt. Bales is as much a victim as the people he killed. After three tours of duty I can assure you that he suffered some psychiatric damage and was not fit to go back into combat.

A World War II study found that after 60 days of continuous combat 98% of all soldiers will have become psychiatric casualties. War is death. War wipes out tenderness and delicacy and leaves soldiers emotionally and physically bankrupt. Our military does a disservice to our young impressionable kids when they depict war as glamorous.

Here is what President Dwight D. Eisenhower had to say about the folly of constantly promoting and entering into wars:

“Every gun that is made, every warship that is launched, every rocket that is fired, signifies in the final sense a theft from those who hunger and are not fed, those who are cold and not clothed. This world, in arms, is not spending money alone. It is spending the sweat of its laborers, the genius of its scientists, and the hope of its children. This is not a way of life at all, in any true sense.”

At this very moment, all of our soldiers in Afghanistan are in grave danger. Despite the vast array of killing tools our country has had at its disposal, over the last ten years, we have lost the hearts and minds of the Afghan people. Without a doubt, we have unconditionally lost this war. All the Pentagon and military propaganda will no longer convince the American public to think otherwise.

Let’s salvage the most important asset we have in Afghanistan, namely our sons and daughters. Let’s bring them home right now and allow them to live with and among their family, friends and loved ones.

Let’s remove the “insanity” from their lives. That is the very least that we can do for them.

Jack is an Army combat veteran from the Korean War. He served in Korea in 1953 with the 7th Regiment, 3rd. Infantry Division. He retired from the Hewlett Packard Company in 1991. After retirement, Jack owned and operated a management consultant business. He’s presently Vice President of the Veterans for Peace (VFP) San Diego Chapter. The VFP pledges to use non violent means to achieve peace.
Previous: Terrifying Crowd Control Weapon
Next: 10k Man March Against Injustice- Chicago