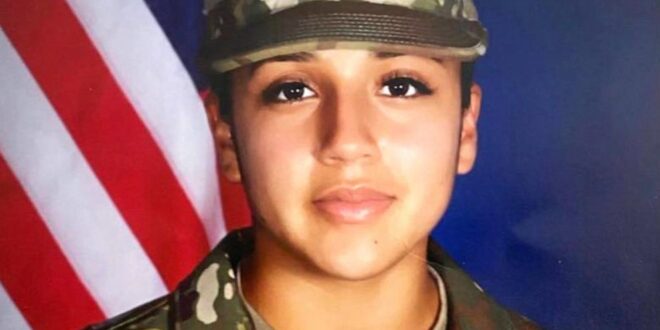 I was on a plane to Baltimore and I got to chatting up a woman next to me who was former army. It turned out that she was traveling from California to DC to march on Washington to bring awareness to Military Sexual Trauma (MST). The term was new to me but I was awake to the idea. Being a woman in the military can be hazardous in any branch. Dependent on the command obstacle courses can vary pit-falls from harassment to rape.

The story she told me–unraveled her life–left her homeless after the army–involved a senior enlisted officer who told her that she was at fault for seducing him–being too sexy. It’s not forced sex, it’s negotiated from a position of authority, but it’s still rape. I have seen it, commands can treat sexual harassment as an inconvenience of a unisex fighting force.

Vanessa Guillen never felt safe on Fort Hood grounds, her harasser had crept into the shower to watch her–let her know it. She had let other people know she didn’t feel safe at the toxic command located between Austin and Waco. Named for a confederate general, Fort Hood is one of the bases suggested for a name change.

Young enlisted women who go into the military after high school are treated like meat by the entire chain of command. I would not advise fathers to send their daughters and sons into the military. I was in a coed division in Navy Bootcamp and it was reported that an RDC had sex with several recruits.

It would detract from the spirit of the MST movement to blame the dating and fraternization that occurs in the military. I will however say that the higher ranks allow a certain level of fraternization so they can get away with their own indiscretions. It doesn’t always escalate but it can and is that worth the risk?

Military Sexual Trauma can begin by simply expressing interest in joining. Military recruiters have access to girls younger than Vanessa before they are ever in the forces:

In the cases of military recruiters, some of the victims are under the age of 18. Some will blame MST on war and the natures of those who wage it. Rape is about power even if it is negotiated.

“…to meet its recruitment objectives, the U.S. Army has loosened its recruiting standards. … Americans with criminal records have been allowed to sign up…”

Vanessa Guillen was bludgeoned with a hammer, on base, in the armory, her remains were removed in a box. Several people saw, now deceased due to suicide, Aaron Robinson struggling with the box the night Vanessa disappeared. Guillen was a private and Robinson was a specialist. They both worked in the armory but in the army that small rank difference means a lot, and many, (if not most) exploit that.

HOLD THE US ARMY ACCOUNTABLE: Justice for Vanessa Guillen