Home » International » Prison Abolition in the Age of Coronavirus 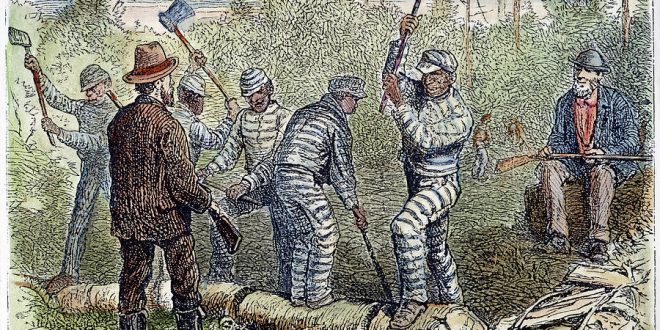 The subject of justice eclipses any other subject. Perhaps, there is no other subject in reality. Everyone knows the feeling of being dealt an injustice no matter how small. Suppose yourself, someone who has been dealt a bad hand and find themself in prison unjustly. On the inside, having the feeling of abandonment compounded with the knowledge of a pandemic that makes quarantine impossible. There have been urgent pleas from prisoners for mercy where the risks are disproportionate to their crimes. Here in San Francisco, thanks to a forward-thinking Attorney General, we have done away with cash bail. This is an excellent time to talk about Prison Abolition Movement lead by former Black Panther Angela Davis et. al.

The most important reason to explore Prison Abolition — also the biggest, the inevitable downturn into the economy, is going to shape a new crime and punishment landscape as the ruling class needs to reaffirm it’s power by appearing to be tough on crime to deflect from their own inadequacies. As it stands now we can expect a retrenchment of nation-states. Right now, as nation-states apply Maynard Keynes by spending large percentages of their GDPs it looks promising but this firesale will end. Nation-states will only do this for a little while until they declare victory and start cutting public programs and investing in the prison industrial complex. Because of the projections of the length of time that we will be dealing with COVID19 and any other viruses that come our way compounded with a bearish economy what we stand on gaining is a culture of violence and no public benefit.

In the Prison Abolition Movement, it is a well-known fact that Police have a shared history with Slave Catching. There was a need to capture runaway slaves in metropolitan areas before that there was no need for police. Most of the lynchings of Jim Crow South were well attended and represented by police and how enforcement is distributed today is reflection of that history. Too many police and prison guards are former military to ignore the link to the prison industrial complex. Being tough on crime is code that upstart politicians send to their constituents’ xenophobic post segregation sensibilities. It’s time we all knew that.

The spectacle of authority: prison expansion, prison jobs in the community, investment in police, rounding up of, more times than not, homeless and destitute, forced relocation, perhaps incarceration. But the spectacle is deeper than that, it’s about the stories we tell about the spectacle, the stories we tell our kids, stories about places where young women and men are raped as added punishment to petty offenses. It would make sense that we would be the kind of people that would be okay with the extra punishment of getting a disease not possessed before incarceration. It has already been happening: a disproportionate punishment because our ideas of punishment have created megachurches of crime and punishment that will be utilized as slave labor eventually, given the right opportunity, or the right leadership.

If there is an retrenchment after some failed stimulus only one of two things can happen Prison Abolition or an expansion of the prison-industrial complex and this includes getting “tough on crime” with new legislation. Forget the fact that I think that the prison industrial complex and the military-industrial complex are related as vehicles of systems of violence, prisons as a spectacle of authority are expensive both in capital and social impact on the community enforcement officers are subjected to the same conditions as the perpetrators. But the biggest crime is transforming the nonviolent to violent, creating our own monsters and making ourselves unsafe. This made sense under the auspices of the war on drugs which was proposed as a war worth fighting, before we knew the costs and private prison lobbyists were fighting for tougher drug legislation.

The prison abolishment movement is and has been present as an extension of liberation theology. It is not an aspirational movement — it has been accreting whilst slavery abolition lead to chain gangs circumventing liberation. Disproportionate representation and uneven sentencing. The prison system acts as an intervention — separating abuser and abused — societal offender and community. There are better more effective ways to do this without confusing intervention with punishment. Punishment is an obsolete deterrent. We do not know what comes next but one need only know where our systems of punishment evolved from the public spectacle of punishment is obsolete. Ostracizing someone from culture is easy. It is reintegrating that person that has become impossible due to the immensity of the prison systems brainwashing of prisoners. The indoctrination is similar to entering into an armed force or internment camp where the manageability of the inductee is paramount to the mission. A human being is only malleable enough to be reworked this way when young and in a limited amount of ways in the course of their lives. Once the are brainwashed, for lack of better terms, into the system their reintegration into society becomes less possible.

This is the nature of systems: to perpetuate themselves, the nature of prisons — to create more prisoners — coming into conflict with COVID19 which is a virus that attacks institutions, especially cramped obsolete ones, we are forced into a confrontation of a simple question of punishment fitting crime. Unless we replace the wanton need for punitive societal revenge for petty crimes, unless we find more creative ways reintegrating people this particular industrial complex will spin out of control and infect society with a plaque of piracy that will tarnish our political landscape and beyond. Prison is merely a reflection of the society where it is located.

The most important thing that I am hearing from Ruth Wilson Gilmore and Annarundi Roy is that The Abolition Movements time is now. Maynmar released 26,000 prisoners today. The government had planned to do this even without COVID19.  In contrast, Michael Cohen, Donald Trump’s fixer turned snitch, was released today. There is no better time than right now to clear the prisons in the largest prison state in the world. Clear the prisons as an act of amnesty and mercy that will build a contradiction to the culture of violence that we have inherited. To make it even more powerful, the Prison Abolition Movement reaches across party lines making it less polarizing than the environment. But the carbon footprint of the prison industry is yet another reason to deem it obsolete.  I don’t think that this means taking Harvey Weinstein and Bill Cosby giving them a free pass but maybe this is an opportunity to figure out how we as a society can find a better way that their punishment serve the public good and not as a symbol to future would-be offenders. There are men serving time for child support and thus unable to pay child support. This in a time when people are eating from food pantries. The time has come to pay attention to the Prison Abolition Movement.

Another article I wrote about Prison Abolition

Follow the link to Hay Market Books — donate if you can — hear Ruth Wilson Gilmore speaks on prison abolition in the age of the coronavirus.