Home » History » We Will Take No Prisoners 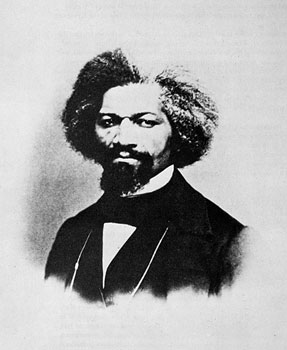 In February, Henry Benson III,  a former prison guard, was facing 20 years in prison for “recklessly” scalding a 3-year old Emilio Taylor who he was babysitting in 2009. Roxanne Benson withdrew testimony of how working in the prison system had changed H. Benson. The prosecutor describes that Ms. Benson recanted testimony about the treatment of her family as inmates by the defendant. Life in prison was taken off the table even though his ex-wife testified to an incident where Benson slit the throat of the family dog.

The Prison Industrial Complex and Prison Abolitionism have become hot-button issues with civil rights groups. There are reasons, however, that all activist and advocacy groups should embrace the fight against the over-incarceration of non-violent societal offenders. While focusing on the plight of the criminal is a noble pursuit, many do not identify with those for whom the law is structured against. The most compelling argument against the prison mainframe, as a growth-industry, is its impact on the communities that they are incorporated into. Law-abiding men and women, for lack of other opportunities are forced to endure the prison experience just to put food on the table.

“Criminal Justice Agencies alone cost $1.1 billion each year (taxpayer’s money) and do little to prevent crime or rehabilitate people… The social implications of the prison-industrial complex are profound, and indicate the direction the United States is taking after the Cold War to solve its social problems. Honda pays $2 an hour to prison labor in Ohio who do jobs that UAW members once did for $2 an hour… Its 1997 revenues were 2.6 million dollars, its 1998 revenues were 7.7 million, and its 1999 revenues were 285.7 million. Similar growth can be cited with the other private prison companies.”
http://www.research-assistance.com/paper/28679/a_ra_default/prison-industrial_complex.html

Fredrick Douglas argued, in his autobiography, that the most important and most logical disputation conceivable against slavery is that it demeans the slave owner. One could not argue against the treatment of the American of color in bondage without the knowledge that the audience did not acknowledge the slave as a human being. Debating for the fair treatment of people who were considered, by some, to be subhuman was a fool’s errand and Douglas was much smarter than that. Douglas’ most profound thematic material argued that slavery not only demeaned the slave but more greatly demeaned the slave owner making their behavior infrahuman. Douglas’ argument can be carried further to extend to all those that are oppressed with societal labels. But for the purpose of this essay I would like to humbly extend his superior and original disputation to the prison industrial complex. The nation, that at a relatively recent point in history, had the largest enslaved population in the world now has the largest prison infrastructure and populace.

“The United States has less than 5 percent of the world’s population. But it has almost a quarter of the world’s prisoners…The United States has, for instance, 2.3 million criminals behind bars, more than any other nation, according to data maintained by the International Center for Prison Studies at King’s College London.” http://www.nytimes.com/2008/04/23/world/americas/23iht-23prison.12253738.html?pagewanted=all

Dredging up talking points of opponents of the Prison Industrial Complex (Prison Abolitionists), be they valid, do not touch the heart of the oppressor because the criminal slash felon is an outsider to the organization of citizenship (denial of voting rights). The common retort will ring of don’t-do-the-crime-if-you-can’t-do-the-time colloquialism. Such an individual in most states is also stripped of the right to vote disenfranchising from the process that incarcerates them. But are the prison guards also disenfranchised from that process?

Fredrick Douglas’ finer points do not move those who have the fixed idea of who is a criminal and who is not. But perhaps Douglas’ finest point fits here more poignantly than any other idea can. When a new prison is built in a community it imprisons the community as a whole. Yes, there are jobs, but what good are jobs when they disintegrate the fabric of community and family (the precept that all societies are built upon)? I cannot confidently use statistics, when, as a matter of fact, I know that much of PTSD goes unreported. I know, for a fact, that instead of dealing with PTSD with a therapist that the emotional torment gets syphoned into familial and societal abuse. Numbers cannot accurately show the cascade effects on prison workers’ families. It is also valid (to any numbers crunchers out there) that prison guards are often times military veterans that are already enduring psychological traumas. And considering that as of 1998 there were 56k Vietnam-era and 18.5k Persian Gulf War-era veterans in American in incarceration; the Prison Industrial Complex pits soldiers against soldiers. Of the numbers that are available, suicide rates among police and prison guards are the most telling at a whopping 39% more likely then average. But as a rule, the finite numbers are incomplete to access the problem. As a society we will always be judged by how we treat the least of our citizens. The life expectancy of a prison guard is a staggering 59 years according to the Denver Post in 2007. Comparing to the national average life expectancy of 77 this is incredibly low. Prisons life, just like any job, bleeds into home life and violence breeds more violence.