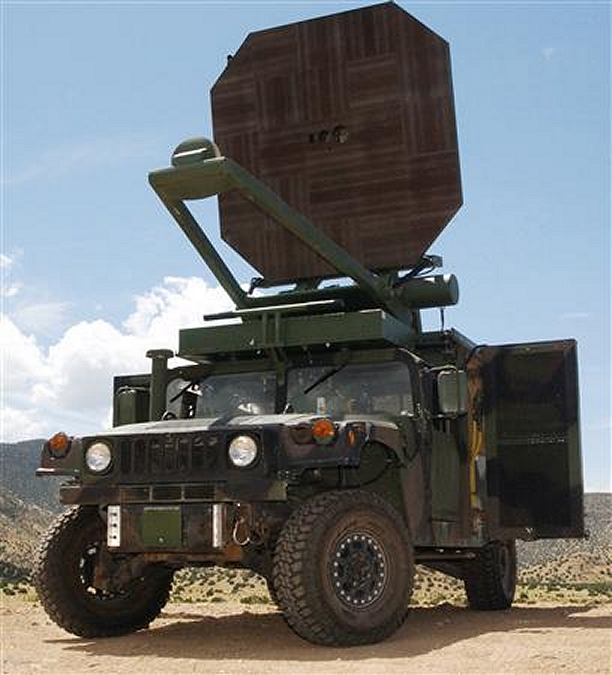 We here have covered the issue of so-called nonlethal weapons since the first LRAD arrived in NYC this past fall. Most of these weapons were developed to control crowds in occupied countries like Iraq and Afghanistan. Inevitably, like the infamous LRAD, which was deployed in the Pittsburgh G20  protests in 2009 and then seen brandished this fall in Zuccoti (Liberty) Park, these weapons always hit home.

The embedded video features a demonstration of Active Denial System (ADS). ADS is a heat ray that disperses crowds by heating up targeted belligerents to 115 degrees Fahrenheit using something called millimeter waves. An unnamed armed forces member is quoted as saying: “This is one of the things (weapons) that we can we can shoot first and ask questions later. Normally, we can’t do that” Like we have mentioned before nonlethal weapons are designed to be used as an alternative to lethal ones but in practice military and police use them to subdue anyone deemed a threat for any reason.
From Fox and Friends:

Previous: Dehumanization Eliminates the Guilt
Next: War Is Not Glamorous