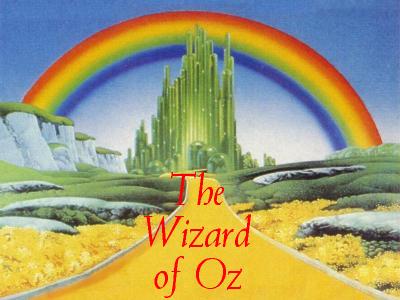 However, there is more to the city than meets the eye. The city of San Diego, for me, conjures up memories of the movie, the Wizard of Oz and the magnificent Emerald City. But alas, in the movie Dorothy never really sees the city because its splendor is illusionary. Dorothy and her new found friends skip along the yellow brick road and although they get to visit the castle and the wizard himself, they never quite get to the city.

In many respects the city of San Diego reminds me of Dorothy’s mythical Emerald City. When the brilliant lights of the city fade into the nighttime darkness, you don’t have to look very far to see another “facet” of this Emerald City. With very little effort you can find thousands of homeless people scattered throughout downtown San Diego. Looming beneath the darkened underpasses, they huddle together to keep warm.

One of the saddest scenes is at the foot of the Sempra Building, parent company of San Diego Gas and Electric. The building is lit up all night long. No worry on their part about the cost of electricity. The ironic thing is that every night, ringed around the base of this tall building, you will find homeless people. The Sempra Building castes a bright foreboding light on their plight. The contrast between wealth and poverty is alarming and tragic.

Visit the San Diego Central Library or Post Office around 8:00 PM, on any given night, and you will see homeless people trying to claim a piece of pavement they can call home for the night. Many of them have only one thin piece of cardboard that protects them from the cold pavement.

You don’t have to wait until nightfall to observe them. Here is what a foreign visitor, Mr. Jonathan Clark of Auckland New Zealand, had to say in a recent article in the San Diego Union Tribune.

“I visited San Diego last week for an electrical engineering conference and exhibition. As I walked from my hotel on Ash Street to Sunday mass at St. Joseph’s Cathedral, I was taken aback with the number of shelter-less people packing up their meager belongings. It struck me as unacceptable for the wealthiest nation on the planet to present this image to a foreigner who admires the wealth that the US has been blessed with.”

The number of homeless in San Diego County is currently estimated at approximately 10,000, of which 3,000 are veterans. This has become a source of embarrassment for the city of San Diego. In an effort to make the city appear to be more cosmetically attractive to convention visitors and tourists, the city, from time to time, forces the homeless to pick up their few possessions and move to a different location.

Recently the American Civil Liberties Union (ACLU) won a suit against the city of San Diego for confiscating and destroying the meager belongings of the homeless. In many cases these belongings consisted of small amounts of money, pictures of family and loved ones, and in some cases prescription medicines. The ACLU won the suit and the city of San Diego was instructed to provide some storage boxes for the poor that would ensure that what little the homeless have in personal belongings can be safeguarded.

However, to say that the city has done nothing for the homeless would not be fair. They have set up homeless shelters such as the Alpha Project on 16th and Newtown, which provides temporary shelter, food and shower facilities for 220 homeless people. But the city’s efforts are inadequate in correcting a long-standing homeless situation. Isn’t it ironic that a foreigner, such as Mr. Clark of New Zealand, shined a revealing light on our city and attempted to arouse our city fathers into taking more serious action?

The San Diego Chapter of “Veterans for Peace” is an organization dedicated to promoting peace and supporting veterans. This past winter they got word of veterans who were homeless and suffering in the cold. They decided to help by providing blankets, sleeping bags and rain gear. When they distributed these items they became painfully aware of the countless number of homeless, not only veterans but also many other men, women and even entire families shivering in the cold and rain. So this organization instituted a project called “Campaign for Compassion.” They solicited donations to help promote this project and to date have been able to distribute more than 1400 ponchos and sleeping bags to veterans and others who are homeless in our city. Many of the people they encountered, due to the severe recession, have fallen into poverty and find themselves homeless and literally living on the pavement in downtown San Diego.

Veterans for Peace members have commented that when they meet with the homeless they have yet to encounter one person, man or woman who displayed bitterness nor for that matter cynical or aggressive behavior. They are so grateful and embrace them for their kindness. The members who drive around at night and hand out the ponchos and sleeping bags have been profoundly affected by this experience. One member, Maurice Martin, was once homeless himself. He described an incident he experienced one night just before Christmas:

David Patterson, another Veteran for Peace member, said the following:

“What we offer, a sleeping bag and a poncho, won’t provide them the means to come over to the good life but at least we can help them in the short run.”

Some people say that the actions of the Veterans for Peace are commendable but it doesn’t solve the problem of homelessness. But to quote Margaret Mead, a renowned sociologist:

“Never doubt that a small group of thoughtful, committed, citizens can change the world. Indeed it is the only thing that ever has.”

Anyone who would like to help, in some way, can be part of that dedicated citizenry that Margaret Mead talks about. You need not be a veteran to join the “Campaign for Compassion.”

We are constantly “tin cupping” funds to buy more ponchos and sleeping bags and any donation, no matter how small, will go directly toward purchasing the items we distribute. Every penny goes toward the homeless and any administrative costs come out of the members of Veterans for Peace own pockets.

So please trust me that your money will be well spent on the homeless community of which a great amount are homeless veterans.

Here is the information you need to make a contribution:

Send the check to:

Thanking you in advance,

Jack is an Army combat veteran from the Korean War. He served in Korea in 1953 with the 7th Regiment, 3rd. Infantry Division. He retired from the Hewlett Packard Company in 1991. After retirement, Jack owned and operated a management consultant business. He’s presently Vice President of the Veterans for Peace (VFP) San Diego Chapter. The VFP pledges to use non violent means to achieve peace.
Previous: Appreciative Inquiry
Next: Hugh Thompson, An American Hero Revised