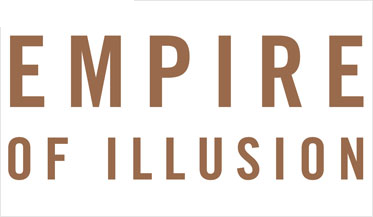 In his book “Empire of the Illusion”, Christopher Hedges clearly and convincingly, makes a strong argument that American citizens now live in a society that consistently works at dumbing down America. He illustrates his point by the following statement:

“This culture of illusion thrives by robbing us of the intellectual and linguistic tools to separate illusion from truth. It reduces us to the level of children.”

The author goes on to state:

“Our televisions are turned on for 6 hrs and 47 minutes a day in the average household. The average American watches, daily, more than 4hours of television.”

Our government and our society, in general, encourage this type of behavior for a reason. They want the American public to be distracted in their pursuit of trivia, which in turn, enables our government to freely go about carrying out their agenda. Unfortunately, the government’s agenda, more often than not, turns out to be contrary to the best interests of its citizens. For example more than 40% of all taxes collected are earmarked for activities related to war. This misdirection of funds benefits a few at the expense of the many.

What will be the negative consequences of having a uniformed citizenry? It is already happening. The richest 400 people in the United States have a greater net worth than the bottom one half of the population. Put another way, approximately 150 million people, combined, have less net worth than the 400 richest people in the United States. For me, personally, this is a staggering statistic that I find hard to wrap my mind around and it didn’t happen by accident.

Some young people, with four year degrees, can’t find a job and resort to removing their college education from their résumé in order not to appear overqualified when competing with high school graduates for a low paying entry job. Many people seldom enter into critical thinking and instead spend a great deal of time watching sports and reality shows on television. This almost total lack of intellectual curiosity will result in our liberties being, slowly but surely, taken aware from us. Intelligence and ignorance are not the same. Most people are reasonably intelligent but, at the same time they can be ignorant. Ignorance is a lack of knowledge and apparently no desire to seek knowledge.

We can’t look to our government to watch out for our interests or correct our societal problems. Almost all solutions, by necessity, must be accomplished by the people from the bottom up. As a matter of fact almost all important change happened with the dissent of a few people. Margaret Mead, a renowned anthropologist, had this to say: “Never doubt the effectiveness of a few people dedicated to a cause in making important change. As matter of fact it is the only way that true change has ever occurred”. So let us have heart but do realize that we all have our work cut out for us.

Jack is an Army combat veteran from the Korean War. He served in Korea in 1953 with the 7th Regiment, 3rd. Infantry Division. He retired from the Hewlett Packard Company in 1991. After retirement, Jack owned and operated a management consultant business. He’s presently Vice President of the Veterans for Peace (VFP) San Diego Chapter. The VFP pledges to use non violent means to achieve peace.
Previous: Hugh Thompson, An American Hero Revised
Next: ZERO, The Case for Nuclear Weapons Abolition