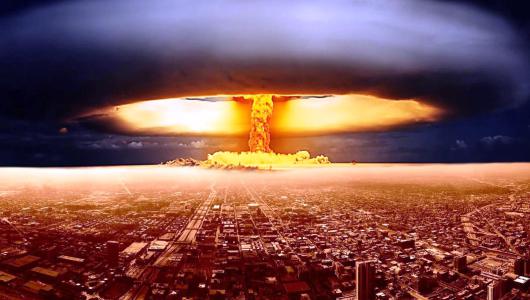 In his remarkably readable and informative book on why abolishing nuclear weapons is an imperative for a safe and secure world, David Krieger points out there is a growing consensus among the peoples of the world that ZERO nuclear weapons is the only option. David Krieger, a founder of the Nuclear Age Peace Foundation in Santa Barbara, California and President of the Foundation since 1982, has devoted his life to educating, inspiring and urging world leaders and ordinary citizens to act with a sense of urgency in a quest to abolish nuclear weapons.

The United States’ nuclear strategy was built on the notion of mutually assured destruction: if any nation attacked the United States, we would respond by totally and complete destruction of the attacking nation. To pursue such a strategy the United States built an enormous nuclear arsenal with various response capabilities. To be able to withstand a first strike and retaliate, the US plan was to deploy our nuclear arsenal in the air, at sea and from land based missiles scattered across the country. With such an overwhelming ability to destroy any adversary, we were coaxed into believing no one would dare attack us. Such a false sense of security left other nations deciding they too must arm themselves with nuclear weapons, thus further perpetuating the false notion of security. In spite of the fact that the US and Russia have actually reduced their nuclear weapons, other nations continue to seek, or are believed to be seeking, a nuclear capability. In his book ZERO, The Case for Nuclear Weapons Abolition, David Krieger’s piece by piece analysis of the arguments in support of our continued reliance on nuclear deterrence convincingly demonstrates that it is a doomed and failed long range strategy for world peace and security. He grapples with such questions as: Do we really want to have the fate of the world and future generations entrusted to an ever changing cadre of world leaders who often govern under intense pressure (politically and emotionally) and stress?; Under such circumstances can these leaders be trusted to act prudently for the well being of all humankind?; If nuclear deterrence is so effective, why has the United States spent billions of dollars on missile defense systems?; Have those systems and nuclear arsenal stopped the attacks of 9/11? On the USS Cole? On our embassies in Africa and elsewhere?

With the fall of the Soviet Union, perhaps we have become complacent about the danger posed by nuclear weapons. ZERO awakens us to the dangers, costs, and absurdity of our reliance on these weapons for our security. . .because in reality with them, we are less secure. Krieger astutely observes that as long as the nine nations of the world’s “nuclear club” rely on the false notion of nuclear deterrence, we can expect nuclear war to loom over the future of the world.

Remembering the Hibakusha (the name given a person who survived the atomic bombs dropped on Japan), ZERO draws on the all too real, personal and intimate horrors nuclear war inflicts on all, individually and collectively, by relating the story of Miyoko Matsubara, a Hibakusha. Miyoko, 13 years old when the US dropped its atomic bombs on her country, describes how after the explosions her friend, Takiko, “simply disappeared from my sight.” Miyoko learned English so she could tell her story not to heap on us a sense of guilt and shame, but simply and quietly to give us a deeper understanding of the impact of weapons of mass destruction. She challenges us to become more aware of the world and a future we must avoid. Krieger’s book accepts that challenge by attempting to raise our consciousness and calling us to act in reducing nuclear weapons so there will not be a future of Hibakusha and others simply disappearing from our sight.

In the words of Archbishop Desmond Tutu::

“This book makes a clear and persuasive case for why we must move urgently and globally to zero nuclear weapons. It should be required reading for all citizens of Earth.”

No matter your level of understanding on this all-important issue, ZERO is a concise and thoughtful book which will better your understanding of the development, history and proliferation of nuclear weapons and why nuclear disarmament is necessary for a secure world. It is an essential addition to your list of must reads.

Previous: Deliberate Dumbing Down of America
Next: The March