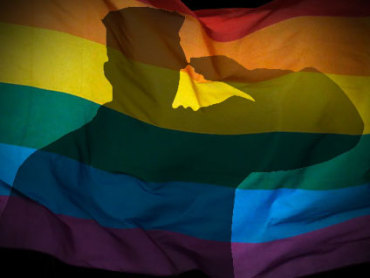 By the end of 2011, more than 40,000 U.S. troops will return home from Iraq. Many of those troops, some of whom are gay or lesbian, will seek medical support from their local VA hospital — support they’ve earned and deserve. But is our VA system prepared to care for our nation’s gay and lesbian soldiers?

Based on the experience of my friend Esther Garatie, an honorably discharged Marine lance corporal, I’d have to say — not yet. On October 12 of this year, Esther almost took her life. And a homophobic VA nurse is very much responsible.

It was 1:15pm in the afternoon when I first heard from Esther. I should have been in a parent-child therapy session with a mother and her four-year-old son, but their car broke down and they had to cancel. That’s the only reason I was at my desk to hear it when my phone buzzed with a text message.

It was Esther, and something was very wrong.

So I called her and listened in increasing horror as she relayed the events of that morning. Esther, an openly lesbian veteran who was honorably discharged from the U.S. Marines, had taken an important first step and gone to the Dallas VA Medical Center to seek treatment for the depression and PTSD symptoms that had plagued her for months.

This should have been cause for celebration; Esther’s girlfriend Dana and I had been pushing her to actively pursue treatment.

And not as Esther told me that Nurse Practitioner Lincy T. Pandithurai, who works at the Dallas VA Medical Center, had just subjected her to a three-hour-long homophobic rant.

“She sat down and looked at me, and her first question was, ‘Are you a lesbian?’ Esther explained in a statement published by the Dallas Voice. “Her second question to me was, ‘Have you asked God into your heart? Have you been saved by Jesus Christ?'”

Fortunately for me, and for all those who know and love Esther, she didn’t end her life that afternoon. And though I couldn’t repair all the damage done, I could make it my mission to ensure that what happened to Esther never happened again to any gay or lesbian veteran.

Esther and I agreed that we couldn’t let this go unchecked. We had to do something for her brothers and sisters who have yet to return home.

A week passed since we had submitted our formal complaint to the Dallas VA, and we heard nothing. That’s when we decided to launch our petition on Change.org. And that’s when the campaign really took off.

Within just a few weeks, the petition had climbed above 5,000 signatures. LGBT publications around the nation started talking about the campaign, and pressure was building on the Dallas VA to offer some sort of response.

That’s when Esther finally heard from the VA. They had her come in to meet with a different counselor, and took a statement about what happened with Pandithurai.

Press interest continued to increase, and by mid-November, the VA confirmed that Nurse Pandithurai was no longer permitted to see patients while an investigation into her treatment of Esther was conducted. The VA also said that the investigation would conclude by the end of November. I breathed a sigh of relief, as it was clear that the VA was starting to take this case seriously.

Now it’s the second week of December, and Dallas VA still has not released the results of that investigation. They say once the investigation is completed, the results must be forwarded to various other offices first. Those offices will confer over the investigation outcome and decide what — if any — action should be taken. We are told that it should take no more than a few weeks.

But I hear the underlying message loud and clear. They are hoping that the public, fickle as its attention is, will have moved on to other things by then. They are hoping, still, to sweep this quietly under the rug.

But I will not be quiet. I will not sit down, and I will not shut up. I am standing for you, Esther. This should not have happened in the first place — but even more importantly, it must not be allowed to happen again.