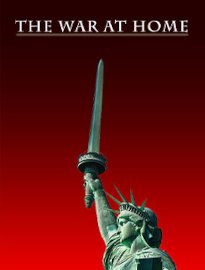 We are big supporters of Scott Noble and cannot recommend his films enough. Our recommendation would be to start at the beginning of his catalog available on his website www.metanoia-films.org so you can truly see how his documentary style has found a place of its own. When We interviewed him 10 years ago he told us a story about how his aunt had been sent to an asylum in Canada with depression and exited with schizophrenia. Years later he found out that the asylum was a part of a CIA program. The legacy of Ultra to radicalize by proxy is even more surreal than the program itself– Scott’s film’s aim at deradicalization to a pre or postnationalist turn-of-the-last-century self hits its aim at martyrdom.

Every grammatical sentence is an expression of the state because grammar originates in statecraft. History most of the time is told from the point of view of the state. Especially the history that is taught in state funded schools. At the turn of the last century there were a lot of forward minded radical intellectuals that were radicalized into the exploration of a historical framework that is told outside of the state. What Scott Noble does, to his credit, is legitimize this framework like a salmon against the flow of water.

Intellectual bravery is really the only legitimate form of courage. At this point in the historical context Marxism is a legitimate framework through which to view history. Even in the West, but this is a framework that also perpetuates the state. Anarchism is still a slur, The Stanford Encyclopedia Philosophy delineates between political anarchism and philosophical anarchism. This definition ignores historicism: the majority of our collective stories happen outside of the narrative of the state.

A postnational perspective of American history has to include the Wobblies: International Workers Union (IWU). Scott Noble’s most recent documentary: The War at Home chronicles their persecution and assassination. adding to the martyrdom of the Marxist workers rights narrative. McCarthy Era Red Scare Politik is thought to be a thing of the past, yet, the American Public is still triggered by mention of socialism now reframed as name calling “radical-dems.”

The War at Home is leaner than Noble’s other work while the length of his movie always had an immersive affect in a fleeting world. This is part one and we look forward to the addendum. We support the kind of radicalization that Noble endorses through his documentary style. WE hope to propagate the film by allowing you to watch it below. Metanoia Films is also conducting a fundraiser and we encourage you to contribute.