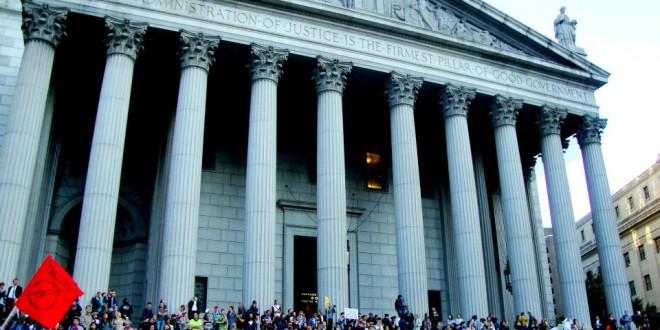 Several news sources are reporting an undisclosed New York judge has ruled that Mayor Bloomberg had no legal right to evict the protesters. There is a restraining order against the NYPD until a trial can be held.

Mr. Bloomberg’s statement earlier this morning alluded to the park as being crime-ridden and a threat to public health. Everyone sees through your clever ploys, Mr. Bloomberg. History will not remember you kindly. I am told that the tents go back up as well.

Michael Moore responds to Bloomberg’s eviction “The Mayor is afraid of Youtube” :

“Congress shall make no law respecting an establishment of religion, or prohibiting the free exercise thereof; or abridging the freedom of speech, or of the press; or the right of the people peaceably to assemble, and to petition the Government for a redress of grievances.”