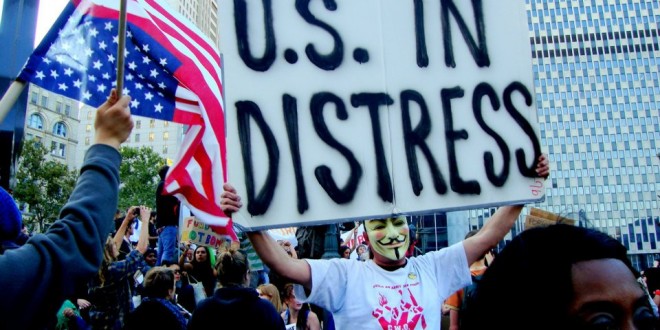 Posted by: karololesiak November 29, 2011 in Police

When parallels are made between the Egyptian Arab Spring and Occupy Wall Street the cult of difference shakes its collective head. But as the National Defense Authorization Act (2012) is debated by bipartisan groups there is a reminiscence of exactly the same issue that the Tahrir Square protesters raise. Civilians should not be tried in military tribunals. The bill targets 9/11 conspirators and alleged terrorists but the verbiage allows loopholes that deny American citizens due process.  What conservatives seem to find unattractive about the bill,  a bill Democracy Now and the ACLU have branded as a threat to Habeas corpus, is that the final decision about whose rights are violated falls on the president.

It is not just this legislation that makes the conspiratorially minded nervous. SOPA has also caused mass mobilization in Electronic Frontier Foundation (EFF), American Civil Liberties Union(ACLU), and many others. The opposition to this bill has been so strong that, in my opinion, it doesn’t have a chance. Americans should be angry with Hollywood for supporting a flawed bill such as SOPA.

Link for petitions to stop SOPA:

Alex Jones and others have been talking about FEMA camps for a while and it is dismissed by the mainstream. Most of the comments we have received from our readers are dismissive too. But as my colleague Matthew Baker points out just because it is improbable does not mean its impossible. FEMA camps, as a possibility, are Black Swans. Black Swans refer to improbable events that don’t exist in the public’s ability to predict against and hedge risk. Before Europeans ventured into Australia only white swans were known and black swans were considered highly improbable. From what I know having been an employee of the government, the government hedges risk and when the climate intensifies they plan accordingly. This does not mean that government will or can use the force they prepare for. The first report of 20k troops deployed domestically did not come from Mr. Jones but The Washington Post.

Mr. Jones puts the dots together in his own way and I presume that he believes in a big evil that has an agenda. I don’t. I think the conspiracy is in the human heart. In the emergent decay in the human soul. If we allow ourselves to let places like Guantanamo exist we will always share possibility that the same can happen to us.  If we wage wars and tamper with stability of other nations we will always anticipate that same can be done in repercussion. It is classic guilt in group-think. That is not to say that it can’t or won’t happen.

Senate Bill 1867, SOPA, FEMA camps, and the rumors of buildups of domestic troops do not prove a conspiracy. But do provide a preponderance of evidence to the dire climate we live in. There is an old Jewish curse that says: ‘May you live in interesting times’ and, unfortunately for us,  these are interesting times. I believe that the root of conspiratorial thought is the knowledge that we all let these possibilities be actualities. We allowed the military industrial complex to grow so large that our American idealism has been compromised to status of a world bully. That allowance can only be equated with making the need for energy a national security issue. This is why I am apprehensive to advocate making climate change a national security issue. By buying things we didn’t need and teaching consumerism to our children we made debt and consumerism inter-generational. Therefore, we made slavery a birthright. If there is anything to blame it is our own desire and the blindness it causes. When we find ourselves awake (once in a while) we look for categorizations of ‘we’ and ‘they’ to conjure up evil that has wronged.

The ACLU and EFF use the same kind of narrative logic that Alex Jones does. It is a logic of extremes that assumes what can happen will happen. All three are not wrong because once a law is enacted individuals and groups with varying agendas use that law as a template that supersedes morality. The ends always justify the means when people feel strongly about an issue. We must never fall into that trap as individuals. In order to be individuals we have to choose the higher path.

Applying Occam’s Razor to all 4 issues (without assuming a conspiratorial stance) leads to these conclusions:

Senate Bill 1897: After an accretion of the military industrial complex and state national guard and a winding down of war time activities there is a surplus of soldiers on the government payroll that no longer have a purpose. The deadline to pull troops out of Iraq is December 31st.

FEMA Camps: The failure in disaster relief efforts during Katrina leaving state national guard on ready call with climate change issues (national security issues) is a probable move. There is also a possible push to relocate Guantanamo prisoners stateside. Most likely this a sign that the powers that be don’t see our economy improving anytime in the near future and are preparing for instability.

SOPA: Like in the European Union this issue is usually pushed by media giants. That is not to say that they are not joined by other groups but that is usually where the money will lead you.

Rumors of Buildup of Domestic Troops: I suspect that this is connected to the Senate Bill. We do not have an evil government but they do think about things in terms of classical economics. They hedge risk. They prepare for all scenarios but that does not mean that we should panic. Without the bill above soldiers coming home and staying on the payroll is not a threat. The reader must also understand that many troops serving in Iraq are National Guard. The national guard belongs to individual states.

The biggest problem with the senate bill is that there are no clear criteria for who is a terrorist and who is not. Here is Rand Paul’s analysis:

The reader must understand that it is a logical step after amassed militarization to treat social welfare issues as national security issues. This is the unknown known that the Egyptian people face. The inevitability of having a military that has become too big to fail because of public fear. In order to defeat our own demons we must stop fearing them. Inciting panic is not the way for activists. We have been ruled by fear for too long. “An error doesn’t become a mistake until you refuse to correct it.” Orlando A. Battista

Previous: Shredding Our Rights
Next: The United States of Apathy