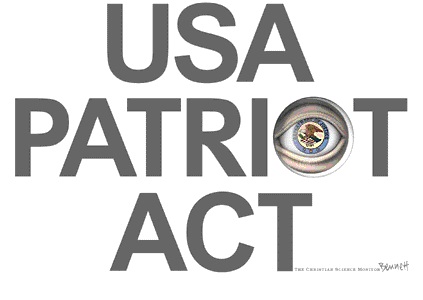 Posted by: karololesiak November 16, 2011 in Occupy

I have to give it to all the conservatives who yelled and screamed about privacy issues when the Patriot Act was passed. Ben Franklin said: “Anyone who trades liberty for security deserves neither liberty nor security.” Privacy is gone. We will never get it back. Partly because communication technology has reached a critical mass. But also because we gave our government a blank check due to our fear. Because our belief in evil is stronger than our belief in good. We let our fear drive us after September 11th, 2001 and now there is nothing left. I personally volunteered for the military directly after this happened.

It is being reported from Mother Jones and Think Progressive that the Department of Homeland Security (DHS) (created by George Bush after 9/11) was “advising” mayors from across the country in how to evict the protesters. The DHS has infinite resources at its disposal because the war on terrorism is such a blank check. Why is that when the government says something general like “war on terrorism” or “war on drugs” no one ever questions it, but when Occupy Wall St. says ‘war on greed’ everyone is suddenly confused?

According to this official, in several recent conference calls and briefings, local police agencies were advised to seek a legal reason to evict residents of tent cities, focusing on zoning laws and existing curfew rules. Agencies were also advised to demonstrate a massive show of police force, including large numbers in riot gear. In particular, the FBI reportedly advised on press relations, with one presentation suggesting that any moves to evict protesters be coordinated for a time when the press was the least likely to be present.

We have nothing to blame but our fear! Surprise folks we don’t have to worry about martial law because it is already here. What kind of world will our children live in if they are labeled as terrorists because they exercise the freedom of speech. This is a sad day in American history! The threats to security have taken away our liberty.  President Obama, thanks for the hope.  It is reelection time and the Patriot Act is not repealed and Guantanamo is still open. I hope that the American public does the right thing at the polls next year.