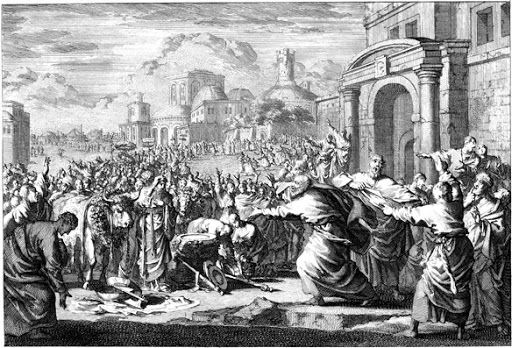 When Paul from the bible wrote letters to the Corinthians he was aware that the Greeks had no cultural interest in life after death. The Greeks were interested in the punishment of the Romans for commodifying their culture and taxing them. The Jewish god smiting the Romans like a modified Zeus eclipsed any preoccupations with death.

The relevancy of the cult of arrest is also a part of our Genesis here at SFTC. Occupy was founded on a kind of cult of arrest as well. Many of the people involved thought we were going to lock up Wall St., Banksters. Later Donald Trump utilized the spirit of this cult with chants like “lock her up” direct at HRC. Now there is a call from a cult of arrest heard by some–manifested on the Internet as the qanon community.

The banality of our system of punishment in its present form is in opposition to being intellectual, in peril of being oppressive, and is dubiously symbolic terror propaganda from the state. The only way to ensure Orwellian dystopia is to keep expanding the prison and police industrial complex.

Punishment is the opposite of intellectual creativity because of the employ of defeatism in attitude towards behavior. By subduction, examples can be made to herd the majority through the culture of spectacle. State-sponsored terrorism but tailored subtly.

The threat of violence, its monopoly, its propagation–looming over the hill–anxious fugue state of authority displacing its power over life and death. There is a stranger around the corner that has designs on the state’s ultimatum over its citizens. Or so they say.

Every crime story is Dickensian–Oliver Twist wanting more, every crime story starts the same way: there is not enough to feed the family. There is no such thing as a crime before there is a story about crime. The genre of True Crime begins with collections of swindles composed of mostly fiction, stories about magical tricksters, rogues, and mad monks. Early True Crime straddles xenophobic boundaries: visages of criminality tend to attend to fear of the externalities of social order.

There is real crime but it has little to do with how we think about crime. Even without the genre the spectacle of surveillance of punishment–flocks spectators filling into courtrooms. For some, the existence of punishment is the only thing keeping chaos at bay.

Every case ripped from the headlines can act as a  litmus test to abolitionism but having to confront the dark mass-produced mythos of the crime story. All crime requires proximity and familiarity: crime on crime is obvious and the most common kind. It’s the xenophobic misdirection at the stranger as an instrument of power maintenance. The only kind of crime that should matter to us is the kind that comes in a democracy where the social norms are legislated by consensus.

Crime has little to do with how we punish and everything to do with how we transfer power. Being “tough” on crime is coded language that politicians used to signal post segregationist fog of fear and anticipation of terror. Informal economies are considered criminal but thus the discussion about criminalizing poverty crystalizes.

But informal economies must exist–the most important thing they do is subvert national borders. Informal economies are generally untaxable and seeing how this country started because of a tax revolt that is the first thing we insulated against. The American romanticization of the criminal ie John Dillinger is more than a Robinhood story it is a tale of vengeance against pre-depression era banks.

Arrest means to stop. It is an aspirational message from the state. What society needs is intervention sometimes. The cult of arrest, because it utters an unkeepable promise, to stop crime, creates a bureaucratic chasm where a subculture of crime is evolving with the potentiality of devouring civilization.