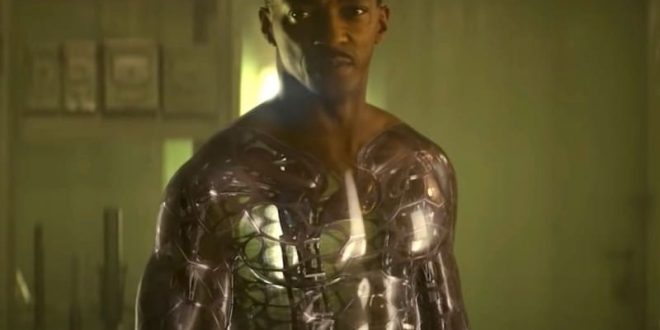 Propaganda is subtle. Especially American propaganda written by the best and the brightest to glamorize the military industrial complex with an air of dystopian criticism. This movie makes it clear that its brand of dystopia is propaganda asset. Netflix feature: Outside the Wire, starring Anthony Mackie of Notorious fame, is a dystopian morality screenplay about the dangers of autonomous drones.

At least that is what is should be. Mackie’s monologues evoke old Artificial Intelligence (AI) tropes. The problem is that those tropes have evaporated from the master discourse and been replace with Application Programming Interface (API). The consensuses is that we are 1,000 years away from what used to be called Hard AI making Mackie’s persona as a Hard SciFi character implausible.

The screenplay reaches for all the lowest hanging fruit of Cold War tropes outside of ignoring all the real world criticisms of autonomous drones. Our antihero develops a superior empathy to that of human beings. The most profound question being asked amid the car show marvel is whether more war might be the answer to war. There is a symbiotic relationship between military propaganda and its willing audience. The military doesn’t need to pay its propagators as much as make it’s consultancy available. Unless, they like your screenplay or your open to changing it.

While the film attempts at being hard SciFi it only accomplishes being a sleek tool for the military recruitment. This is forgivable because so much recruitment is passive soft sale. Children love to play war games because they believe they are testing grounds for manhood. Laziness is not a mortal sin. What the film lacks in substance it tries to make up for with fiery dialogue meant to highlight Mackie’s talent. The monologues are derivative.

Stop Killer Robots is a campaign against autonomous drones that we have passively promoted through our social networks. It sounds cartoonish but this is not quixotic futurism. It’s a rapidly approaching reality. We crossed the threshold long ago with little ethical discourse. The glamourizing of the military industrial complex through video games and movies compounds the encroaching killer robots marching in the distance. If we know anything it’s that these will be far from perfect killing machines — they will mistakenly kill the innocent,

Throughout the series Dark Mirror Netflix has given the topic some air in two episodes. In 2011 Dark Mirror episode entitled Metal Head presents an API dog that guards a warehouse full of pharmaceuticals. This is a classic tragic tale where once the robot dog is released regardless of who threatens pharmaceutical sovereignty it becomes an extrajudicial punishment machine without impunity. The episode is black and white adding to the terrific horror.

In Season 3 Episode 6: Hated in the Nation the autonomous drones are now miniaturized and built to look like bees and the API is now a hive mind that is organized around a hashtag. The morality lesson again drifts to extrajudicial punishment. Having been engaged in a perpetual war where enemy combatants have been American Citizens targeted by drone strikes this is a very light critique.

Because Outside The Wire is so dialogue laden to stress it’s moot points there are too many missed opportunities to explore API in the military. All the telling is monologue and all the showing is a military recruiting car commercial. In a scene where soldiers are abusing a century robot the higher ranking android chastises subordinates for the benefit of his foil who doesn’t know his superior officer’s artificiality yet. The robotics axiom of the uncanny valley is addressed in a lukewarm baby pool of ideas where the need to make a movie is more important than relevancy.