Home » Holiday Routine » When to Mask: A Personal Essay 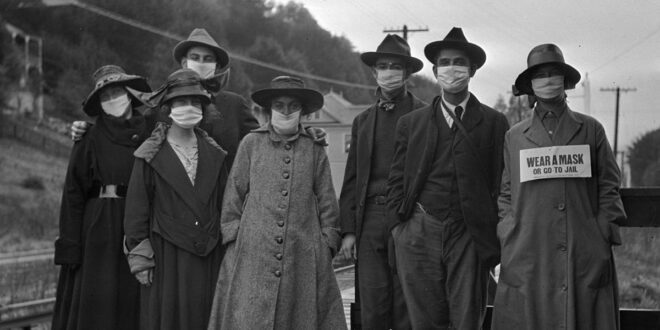 I was working in a corporate law firm as a file clerk in San Diego after I got out of the Navy in 2007. It was right in bourgie La Hoya where the drug dealer lived in the American version of the movie Traffic. It was mind numbing work — barely supported my life in Pacific Beach. I thought my life should mean more than making sure LLC & INC were current on their filings. I was feverishly looking for some more fulfilling work. The Cleveland National Forest Fire was in full swing.

I ran across this gig that would have me traveling up and down the West Coast as a motivational speaker. When I got off the phone with the executive director, a former Pepsi Corporate Executive, I was excited and didn’t see the apparent red flag semaphore. The company had a curriculum but I was given the opportunity to give speeches at the beginning and at the end. I thought this would be a good way to hone my public speaking skills. The curriculums that the company gave me had to do with character development. Their ideas on character building had to do with how children choose their friends: fairweather versus fleeting. I remember thinking how devoid of class critique this view was. What I saw going to school here was that social groups were perpetuated by class.

I joined the Navy because I got arrested for possession of a controlled substance and was exaggerated to being charged with distribution. So there was irony to me teaching character development because much of the tenor of the curriculum was similar to Nancy Reagan era just-say-no-to-drugs propaganda. That and I had ended up on USS Ronald Reagan: the bobble head of who followed my consciousness like Genesis’ The Land of Confusion music-video. The school to prison pipeline is augmented by the lessor known connection between The War on Drugs and The War on Terrorism. You weren’t allowed felonies going into MEPS so recruiters would make deals with prosecutors before recruitment. I met several people who enlisted over marijuana paraphernalia charges which were a felony in some states and municipalities.

One of the speeches I gave during that time dealt with my astonishment at the realization that Asian people who I saw in news reports wore medical masks as a courtesy to others as opposed to paranoia about getting sick or other selfish reasons. I thought this was profound in the context of what I had learned in school about the mannerisms of this country as an immigrant. That when I saw Asian people with masks on television this was a symbolic testament to their unselfishness. I’m not trying to make a generalization here (I had not been exposed to Edward Said back then). This was, I felt,  counterintuitive to the western mind I had observed. In fact, up until recently if you wore a medical mask in public people would give you looks like perhaps you might be a pariah. That the mask was symbolic of illness obscuring courtesy. I think this is where the signals are getting crossed in the public arena: culturally we are afraid of symbolizing weakness.

When I gave my talks I would ask if children had seen medical masks on television. And then I would ask for the children’s opinions on why people wore medical masks on television. The answers I generally got had something to do with pollution or fear of illness. At the time I observed something in my own thinking and thought that this represented us as a whole. In the context of 2007 it didn’t make much sense but I found myself thinking recently how many school-age children I evangelized.  Living in San Francisco I often wonder if I’m going to run into one of these kids one day.

There’s a school right down the street from where I live that I gave my motivational speeches at. I was in the right mindset when I got out of the military: pure in a sense from having done so much.  I think when I gave talks in the Silicon Valley many of the kids were smart enough to know why people wore masks. Symbolic yes. But seeking to set a standard of unselfishness in the appropriate historical context.

Self interest is embedded into our cultural norms and encoded into everything we do. We think about drinking and driving in terms of consequences not in terms of social responsibility. The idea of a social justice warrior or socialism is slur in contemporary western culture. Ironically, branding circulated around Community is far more attractive to the American ear than socialism is.

Mimetic framing suggests that there are some attitudes that are hard to change without a disambiguation of the subject. Dadaism sought to subvert the warrior ethic by offering the artist as the new man for the new century. A different kind of gladiator. Socialist schools introduced defamiliarization as modus to subvert imperialism. We’ve had some chance for immersion and adjustment but still there is nothing more defamiliarizing than the masked world we live in. We are all cartoon ninjas now.  It’s a Mickey Mouse happy ending where all of a sudden we are these gladiator artists masked up and ready for what comes next. If something comes next. If the mask survives as artifact I for one will not look at it as an impediment to my liberty.

Previous: War is for Suckers & Losers
Next: George Floyd Had COVID