Home » Veterans Issues » The Immeasurable Costs of a War 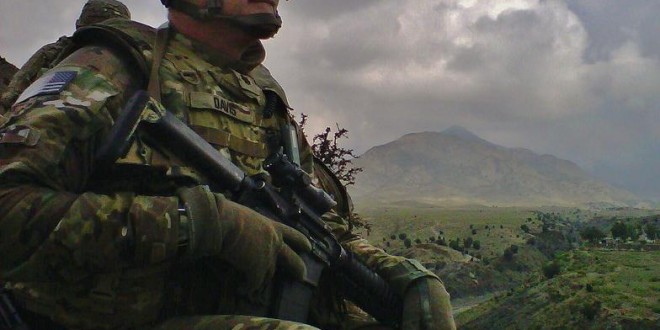 The Immeasurable Costs of a War

Lt. Col Daniel L. Davis needs little introduction. He has been called a whistle blower and has become a hero to many. His article in The Armed Forces Journal,“Truth, lies and Afghanistan,”  has caused a stir by the scuttlebutt. Davis has been speaking out against the war since 2010. Assessment of the Afghan War, according to Davis, is grim and pointless. He insists that the Taliban are planning to wait-out American troops and they have resiliant patience.

The New York Times reports that someone representing David Petraeus released this on Davis: “LTC Davis has demonstrated that he speaks truth to power in each of his leadership positions over the past several years. His record should stand on its own, as should LTC Davis’ analysis.” Davis’ analysis offers that the war is unwinnable and that the pentagon has not reported the status of the war accurately.

Lieutenant Colonel Daniel Davis turned whistleblower and broke ranks with the official portrayal of the Afghan war after he ‘witnessed the absence of success on virtually every level.’

Davis’ chief claim is that if the public had access to classified information public support for the war would be nonexistent. He goes further to claim that the status of the war is projected as rosy but only masking its futility. Davis assessment of the war is being championed as a primary source.  “You can spin all kinds of stuff,” Colonel Davis said. “But you can’t spin the fact that more men are getting blown up every year.” (New York Times). The article below was publish in the city of brotherly love in 2010. It gives SFTC great pleasure to spotlight the efforts of Lt. Col Davis. The moral fortitude and character he displays makes him a Soldier for the Cause.

First Appeared in The Philadelphia Inquirer

Hidden beneath the clinical term casualties, however, is something very consequential: indescribable pain, shattered lives, and grief difficult to imagine or endure.

I fear that as a consequence of knowing constant war for almost a decade, Americans have become inured to the harsh realities that characterize the lives of the members of our armed forces and their families. A fresh look at what they do for you is in order.

It’s not that the American people are indifferent; far from it. In the past nine years, I can’t remember a single time when I traveled in uniform and did not receive some sort of congratulatory pat on the back from some kind person. I have always been humbled and grateful for it.

But what about the sons, daughters, wives, husbands, mothers, and fathers of our service members? They wear no uniform. They receive no pat on the back. But they wander through the same airports, enduring sometimes excruciating stress and anxiety. 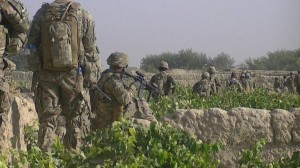 More than 45,000 service members have lost their lives or been wounded in Iraq and Afghanistan, according to iCasualties.org. There has been a troubling rise in the number of service members abusing prescription and illegal drugs to cope with year after year of deployment in combat zones, according to a report in the Army Times. And lost amid headlines about June’s record number of Americans killed in Afghanistan was the Army’s record number of suicides that month.

Post-traumatic stress syndrome is the hidden scourge of this war. Much of the suffering doesn’t fall into easily measured categories.

More than a million uniformed men and women have served in the combat zones of Iraq and Afghanistan since 9/11, most doing multiple tours. While we keep detailed records of the killed and wounded, there is no measuring how many service members were shot at but not hit or walked away from vehicles hit by improvised explosive devices. Those who avoid getting shot, blown up, or otherwise physically injured still don’t escape war unscathed.

Without having endured it, the average American is simply unable to comprehend the cumulative effects of years of combat on the human psyche. Steve Chapman recently wrote in the Chicago Tribune that the total cost to the United States of both wars could exceed $3 trillion. But the unquantifiable cost to those filling the uniforms and their families may be greatest for the country.

Whether the wars have been just or unjust, whether we should continue fighting in perpetuity or get out tomorrow, is best decided by others. But the anguish that many in uniform suffer, and the agony I see endured by those left behind, is difficult to bear.

Lt. Col. Daniel L. Davis is an Army cavalry officer who fought in Iraq and Afghanistan. He can be reached at daniel_l_davis@hotmail.com

Previous: Systemic Educational Apathy
Next: Russian Soldiers’ Mothers for the Cause