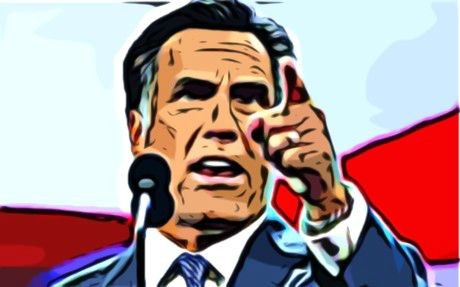 During the 2012 presidential campaign, Mitt Romney talked about going to war with Iran. This was based on his defending America and its allies.

The Church of Jesus Christ of Latter-day Saints (the formal name of the Mormon Church) was a strong supporter of the Vietnam War, and the clean-cut young Romney protested against the people protesting the war. However, rather than joining the armed forces, Romney later that summer chose another path. He obtained a deferment allowing him to avoid military service and traveled to France to work as a missionary for his church. Romney’s five sons all followed in his footsteps, serving as missionaries but not soldiers.

After the Newtown, Connecticut tragedy Newt Gingrich and Gov. Rick Perry suggested arming the educational staff in American schools. As a combat veteran, I truly believe if the educational staff in the Newtown school had weapons the death toll would have been in the 30s, at the very least, and not 20s. I can understand their ignorance because they’ve never been in a gunfight or firefight. At least Perry joined the USAF in 1972 and served with distinction for five years. He was discharged in 1977 with the rank of Captain. While in the Air Force, Perry was stationed at Dyess Air Force Base, Texas, Germany and Saudi Arabia. He was assigned to fly the C-130, a military transport aircraft, and flew to various locations around the world, including Europe, South America and Africa. But none of his military experience included combat.

Gingrich got a deferment during the Vietnam War because he was studying at Tulane University and was found to be impaired with short-sightedness and flat feet.

The NRA’s Wayne LaPierre held a press conference one week after the Newtown massacre. During that press conference he said,” I call on Congress today to act immediately, to appropriate whatever is necessary to put armed police officers in every school—and to do it now, to make sure that a blanket of safety is in place when our children return to school in January.”

In 1999, Eric Harris and Dylan Klebold killed 15 people and wounded 23 more at Columbine High School. The destruction occurred despite the fact that there was an armed security officer at the school and another one nearby — exactly what LaPierre argued was the answer to stopping “a bad guy with a gun.” Deputy Neil Gardner was a 15-year veteran of the Jefferson County, Colo., Sheriff’s Office assigned as the uniformed officer at Columbine.

LaPierre is not a true “gun man” in the classic sense. He doesn’t have a military background and he does not come from the rural heartland that generates much of the NRA’s core membership. So what is he? He is a professional bureaucrat that was brought up in Roanoke, Virginia and received an MA in government from Boston College. This suggests his passion isn’t guns or the Second Amendment; it’s the machinations of power.

Just like the other tough guys, LaPierre figured out a way not to go into the military and avoid combat experience. He too fails to realize the more guns you have in an environment, the more people get shot. During my Marine Corp training, I was taught the more bullets you fire, the more people you kill and I found that training to be correct while in Viet Nam. All these tough guys have one thing in common. They all want America to go to war and have more guns, but when the war starts, they don’t go.